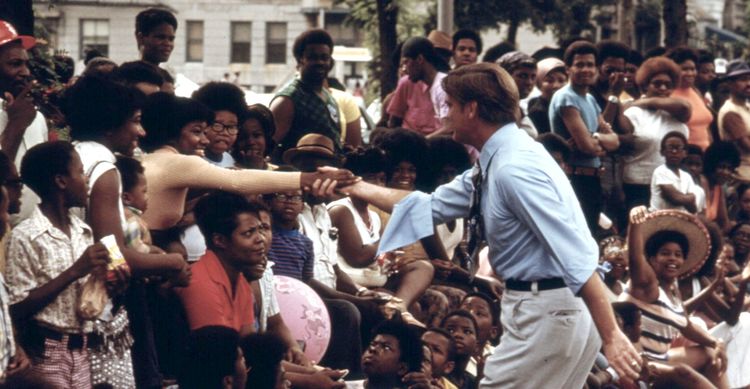 Since the Ruling Class has obviously decided to rinse and repeat the 1960s, with urban riots being blamed on poverty and police brutality and requiring massive federal government intervention, here's an AP story worth noting: Dan Walker, former Illinois governor imprisoned for fraud and perjury, dies, Washington Post, April 29, 2015

Dan Walker, a former governor of Illinois who spent four tumultuous years in office and nearly 18 months in federal prison after leaving office, died on Wednesday at his home in Chula Vista, Calif. He was 92...

After leaving office, Mr. Walker became the head of a suburban Chicago savings and loan, which he used to support a lavish lifestyle. He pleaded guilty to fraud and perjury and was sentenced to federal prison in 1987...

Mr. Walker was vice president and general counsel of Montgomery Ward when he served as principal author of a study examining violence at the 1968 Democratic National Convention in Chicago. The so-called Walker Report, instigated by the National Commission on the Causes and Prevention of Violence, described the convention violence as a “police riot” and laid much of the blame on the political handling of the demonstrators.

Emphases added. This naturally infuriated Chicago Mayor Richard Daley, who succeeded in getting Governor Walker defeated in the 1976 Democratic primary.

(Curiously, the New York Times cut the "police riot" paragraph out of its version of the AP story.)

Another Illinois governor, Otto Kerner, chaired the National Advisory Commission on Civil Disorders (the "Kerner Report" [PDF]) which blamed the 1960s riots on white racism, famously proclaiming "Our nation is moving toward two societies, one black, one white—separate and unequal."

By an amazing coincidence, Kerner was jailed for corruption in 1973.