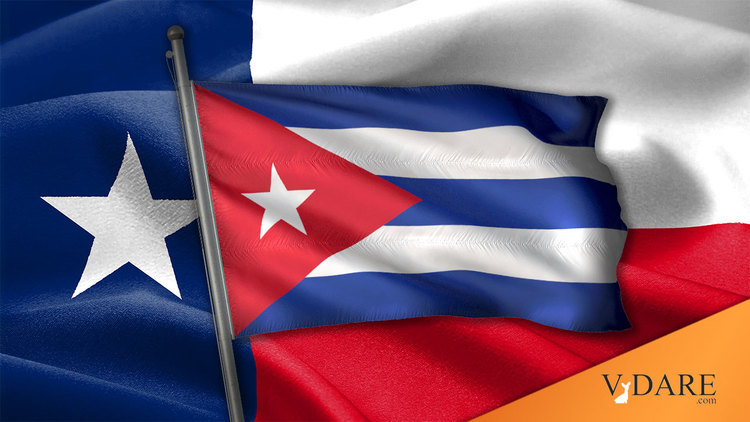 Reports: Is Another Boat Lift From Cuba Beginning? Through Mid-May, Almost 1,300 Cubans Showed Up At Eagle Pass, TX

Last week’s news that 17 Cubans landed in Key West, Florida, occasioned not only the observation that Let’s Go Brandon and his Cuban-Jewish Homeland Security Secretary, Alejandro Mayorkas, have invited another boat lift from Castro’s paradise, but also a look at just how many Cubans are trying to cross the border. Answer: a lot—at least 1,300 among almost 20 large groups April 30 through May 16.

An American, @KeyWestShawn on Twitter, filmed the arriving illegals [17 Cubans taken into custody after arriving in Key West, by Amanda Batchelor, Local10.com, May 26, 2022].

Video taken by a witness shows the group arriving to shore as a helicopter hovered overhead.

The group, which included both men and women, was immediately detained after arriving on land.

Of course, they were “processed for removal proceedings, authorities said,” a claim that you will be forgiven for dismissing as a load of codswallop. Brandon and Mayorkas have, by now, released more than 1 million illegals to colonize the heartland.

As for Cuban illegals at the border, they’re piling up there, too. More than 1,300 tried to sneak into the country with 19 large groups caught near Eagle Pass, Texas, in the Del Rio Border Sector.

And those figures, again, are only through mid-May, and are found by searching for “Cubans” on the U.S. Customs and Border Protection website.

Once CBP tallies the rest through May 31, we can expect the figure to approach 2,000.