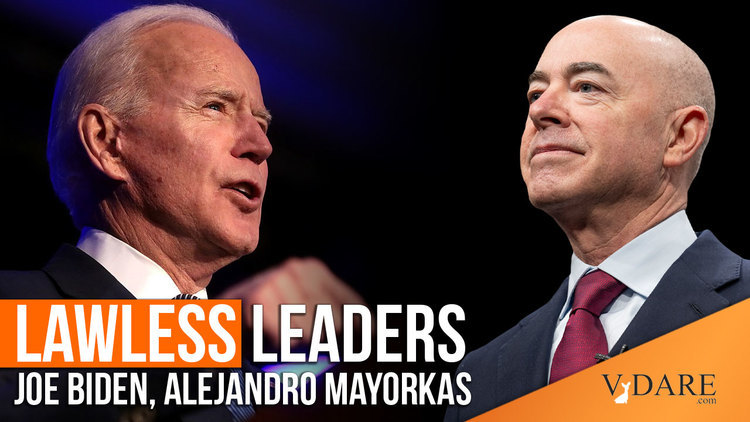 When Homeland Security Secretary Alejandro Mayorkas appeared on CNN’s State of the Union with Dana Bash on May 2, he admitted that the Biden Regime does indeed expect border agents, as predicted, to handle 18,000 illegal aliens per day when Title 42 expulsions end on May 23.

But his appearance on Fox News Sunday with Bret Baier flew under the radar.

During that powwow, Mayorkas confessed that the regime has released 836,000 illegals since January 2021.

“I believe so,” Mayorkas replied.

Baier noted the obvious: That figure is with Title 42 expulsions.

Thanks to court-mandated monthly filings in the Texas v. Biden case, we know that Brandon and Mayorkas have released almost half of those illegals—398,816—since October 1, the beginning of fiscal 2022. They released 80,116 in March alone. That would mean Arthur nearly nailed it if one adds his estimate to March’s releases.

That aside, let’s put 836,000 into perspective. That’s larger than all but the most 16 populous American cities, including San Francisco, Seattle, Denver, Washington, D.C., and Boston.

The figure also exceeds the populations of Vermont and Wyoming.

But remember, The Great Replacement is just a white nationalist conspiracy theory.