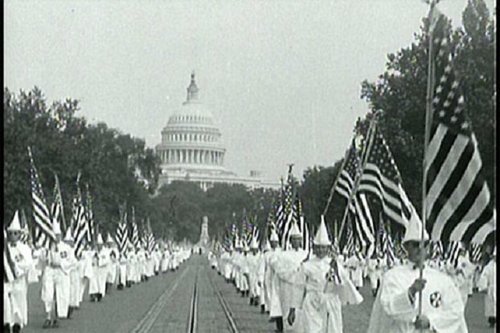 Since the NeoCons controlling RedState cracked down last summer by evicting the site’s most effective Immigration writer Daniel Horowitz and signaled no defense of historic America will be allowed, the once highly effective Erick Erickson has become a pathetic gelding. I noted this in January in Daniel Horowitz: Dump Boehner. Erick Erickson: Fumble. REDSTATE: Silence.

But pity was replaced by contempt this morning when I found my mailbox had been invaded by Proud to Support Governor Nikki Haley June 23rd, 2015

Yesterday, in South Carolina, Governor Nikki Haley brought together a diverse group of Republicans and Democrats in South Carolina to urge the state legislature to remove the Confederate battle flag from state house grounds.

This sycophantic grovel is obviously absurd: capitulating to the on-going highly orchestrated MSM pogrom against the Battle Flag is just shows abject cowardice. Sad about Nikki Haley who has sometimes shown a little courage but very predictable given the facts I laid out in Diagnosis: South Carolina GOP Has Terminal ADD (Adelson Dollar Disorder).

Happily, even the tightly policed comment threads at RedState showed significant sense (and anger). I particularly liked the post by politicalqrm

What's next? The American Flag?? My bet is California will be the first to remove it from their statehouse since the illegals consider it racist... Don't laugh. That's the direction we're headed.

which attracted a rejoinder by ‘bk’

Why doesn't Obama show some leadership when he gives a speech there this week and announce that he wants to rename Washington DC so that it's not named after a slave-owning president?

The Politburo at RedState must have been begun to worry about maintaining their readership herd because they allowed one of their less frequent writers ‘Streiff’ to post, several hours later, I Dissent June 23rd 2015 (with the above picture).

For the past couple of days I’ve been ashamed and disappointed that RedState has decided to enter into the feeding frenzy over the Confederate…and have cooperated in tying that flag to the shootings in Charleston, SC...I fear we, as a site, have crossed the line and descended from the status of opinion leaders to catchfarts for all the worst impulses of the progressive left.

For all the talk about a “big tent” it is becoming increasingly clear that on the conservative side of the political spectrum we are more interested in establishing litmus tests and tossing people out of the movement than we are in winning elections and changing the culture. We have people within the conservative tent saying that unless you accept homosexual marriage you are a bigot. Here we’ve established yet another one: unless you believe that the Confederate flag is a symbol of racism you are a bad person.

(My emphasis) Streiff apparently does not understand Neoconservatives for whom exclusion is  House operating procedure. Last I blogged about him was to answer his question on Syria: Why Are Boehner And Cantor Defying Base And Ignoring Country? Because They Have ADD!

We’ve managed to piss off a not insubstantial number of people who reject the South = racism meme that we are pushing with this… In short we are doing the Democrats’ work for them. If you think this will stop here you are fooling yourself. The United States flag flew over Constitutionally instituted slavery from ratification on June 21, 1788 until 1865. If you want a symbol of slavery, then the US flag is a much better one.

I think Streiff has a limited future at RedState.

Quite clearly the Fiery Cross has gone out and anyone making an income amongst the Conservatism Inc Commentariat has been told to fall into line.

Erick Erickson is only obeying orders.