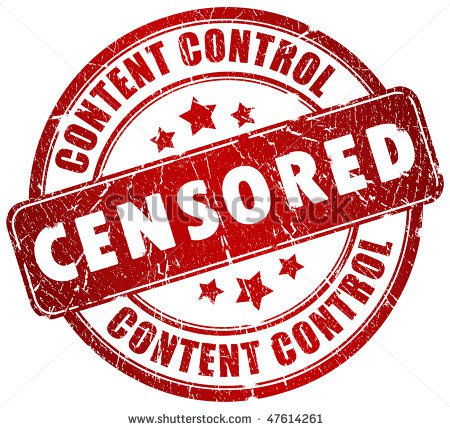 Following Erick Erickson’s pompous announcement late last night I Have Disinvited Donald Trump to the RedState Gathering which James Fulford has discussed for us in Cuckservative Erick Erikson Disinvites Trump Because He’s Offended On Behalf Of Megyn Kelly REDSTATE has extended Trump repression by closing the comment thread to the article. Moderator Bill S bad-temperedly announced sometime before 10 AM

Commenting is being closed on this for a few hours. The moderators are mostly in Atlanta and I don't have time to babysit this thread for a while. Take your comments to Twitter for now. Check back later.

Clearly what has happened is that the volume of negative comments had become overwhelming. Some recent posts:

• Bad move....Kelly and her partners were bent upon getting Trump. Priebus 'n Rove will be orgasmic over it.

• Erick I am on your side usually but this is a big mistake… Megan Kelly came out with with full intent to smear a leading republican candidate, I have never seen such a disrespectful one sided attack from a debate mediator in my lifetime. Trump handled it well,..If we bow to this you can grantee that CNN, ABC, NBC, etc... pansy media will do the same to any and every candidate we put forward.

• I have lost all respect for you Erick. You are another sellout. You have also fallen into the politically correct trap.

• What in the hell were you thinking, Erick? Did the establishment get to you as well? What did they pay you to turn on conservatism and "get in line"? you took a step away from we the people today and a giant leap toward being a part of the ruling class...maybe you want a seat at the table when the Washington Cartel meets next. But one thing is for sure. You made a HUGE miscalculation here.

• I'm sorry, but dis inviting Trump was a mistake. The current GOP line up are RINOs, finger to the wind types, and general compromisers. Trump is the one candidate capable of thwarting Jebs money machine and Roves manipulations without having to make a deal.

• What a sophomoric more, Eric. I'm really stunned at you. Here you have a great forum and could have ask pretty much any question -live- you might have wanted of Trump, but, no. You now fall completely in line with the GOPe and begin to demonstrate where you really stand.

Normally when I quote comment threads I identify the writers. But moderator Bill S is boasting about banning people and threatening to repress Trump sympathizers as a group the way the site did Ron Paul sympathizers in 2012. So I am not going to make it easier for the REDSTATE Gestapo.

Repressing Trump is an unethical abuse of institutional power. But it highlights what REDSTATE is: a Judas Goat site consciously providing Boob Bait to the conservatively-inclined Proles.