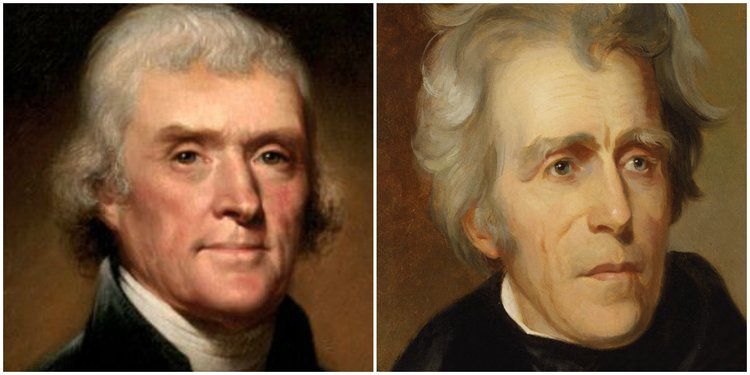 Gatekeeper Kevin Williamson wrote a few weeks ago that all this politically correct nonsense was just a cynical partisan ploy and that the Democrats would never "rename the Jefferson-Jackson dinner." A few weeks later, Democrats in Connecticut decided to rename the Jefferson-Jackson Dinner because those hated cisgender White males were slaveowners.

At the time, I wrote:

I predict the Jackson-Jefferson dinners will be renamed nationwide. After all, #BlackLivesMatter.

A long-running Democratic Party tradition — the annual Jefferson-Jackson Dinner — will get a new name.

The Iowa Democratic Party State Central Committee voted Saturday to begin the process to change the name because Thomas Jefferson and Andrew Jackson were slave owners and Jackson conducted a prolonged, violent campaign against Cherokee Indians that some call genocide.

“This was not a decision that was made lightly,” according to IDP Chairwoman Andy McGuire.

“The vote today confirms that our party believes it is important to change the name of the dinner to align with the values of our modern day Democratic Party: inclusiveness, diversity and equality” she said in a statement Saturday afternoon...

[I]n recent months, several state Democratic parties have dropped the name because of although the former presidents are credited as the forefathers of the Modern Democratic Party, they also were slaveholders. They are among 12 slaveholders to be elected president.

The list includes Georgia, Missouri, Maine and Connecticut. In New Hampshire, host of the first-in-the-nation primary election, the party is considering a similar change. Tennessee, Jackson’s home state, is considering a name change, too.

Again, there are no limits to this process. After all, what is happening is not a partisan realignment, but the dispossession of the historic American nation and its replacement by other peoples. The Republican Party is silent about this transformation (which will render it irrelevant) and the Democratic Party is now reorganizing as a coalition of tribes that will take advantage of it. As the only thing uniting these various constituencies is hatred of White males (at least the straight ones), there will always need to be a new campaign to abolish some "problematic" remnant of the American past.

Of course, the Democratic Party used to be organized along Jacksonian lines, as the party of the American worker and the common man. A remnant of that past can be found in Senator James Webb, who has defined himself as the champion of old school Democrats. And Webb used to point to Andrew Jackson as symbol of what the Democratic Party should be all about.

If Jim Webb had his way, the Democratic Party would return to its "Franklin Roosevelt, Harry Truman, Andrew Jackson roots" and put a greater focus on "white, working people."

Webb, the former Democratic senator from Virginia who is entertaining a run 2016 presidential nomination, told NPR Friday morning that his party has not focused enough on white, working class voters in the past elections. In order to be successful in the future, Webb said, that will need to change.

"I think they could do better with white, working people and I think this last election showed that," Webb said, referencing the 2014 midterms where Republicans took control of the Senate and added more power in the House. "The Democratic Party could do very well to return to its Franklin Roosevelt, Harry Truman, Andrew Jackson roots where the focus of the party was making sure that all people who lack a voice in the corridors of power could have one through the elected represented."

If Andrew Jackson has no place in the anti-White Democratic Party, does James Webb? At this point, what is the purpose of his candidacy?