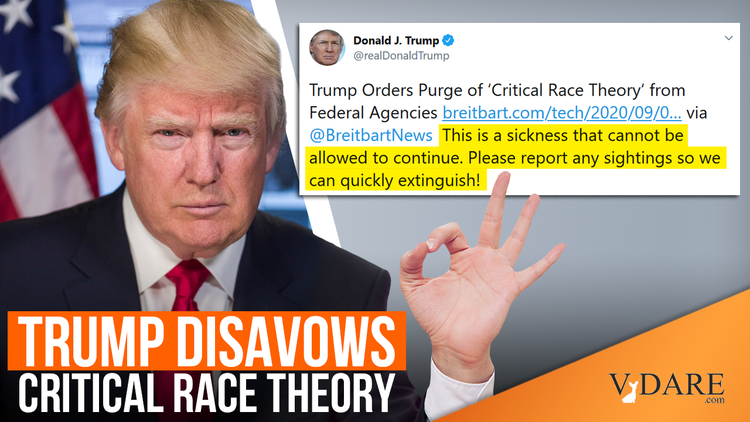 Reality Check: A Trump Presidency And The Historic American Nation

“Optimism is cowardice,” said Oswald Spengler. The Trump Administration’s real value was not in what it did or didn’t do, but in removing illusions. We now see the MSM, the Deep State, and Big Tech for what they are.

A Trump victory in 2020 would at least buy time. But the truth is that whoever wins, patriots’ actions need to be the same.

This presents Donald Trump with a great opportunity: He can lock in the recovery’s benefits for the American worker—and stem recent immigration’s damage to the GOP—if he acts on his instincts and imposes an immigration moratorium.

Big Tech will hide this from you. What happens when a president puts America First? More from VDARE.com:
Labor Day 2020: Riots—But, Because Of Trump, The Immigrant Workforce Population IS Falling