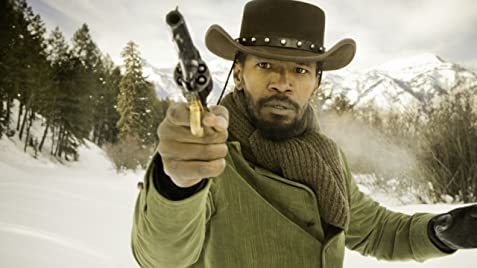 From The Hollywood Reporter:

Three people are dead, including a policeman, as the shooting-rampage suspect remains on the loose.

As a massive manhunt presses on in search of former LAPD officer Christopher Dorner, who stands accused of killing two civilians and a police officer this week, the suspect's rambling, chilling manifesto — which contains, among the names of suspected targets, a long list of celebrities and media figures he admires — has left Hollywood shocked.

Among the Hollywood figures called out in the document, which was posted to Dorner's Facebook page, is director Todd Phillips, director of The Hangover movies.

"It’s kind of sad I won’t be around to view and enjoy The Hangover III," Dorner writes. "What an awesome trilogy. Todd Phillips, don’t make anymore Hangovers after the third, takes away the originality of its foundation."

... He singles out Ellen DeGeneres for her "excellent contribution to entertaining America and bringing the human factor to entertainment." He also credits her with shaping how the country views "the LGBT community."

Here is Dorner's full paragraph praising Waltz, which hopefully will now become part of Django Unchained's Oscar campaign. Blowing these words up on a Sunset Blvd. billboard is the least we can do:

Christopher Walz*, you impressed me in Inglorious Basterds. After viewing Django Unchained, I was sold. I have come to the conclusion that you are well on your way to becoming one of the greats if not already and show glimpses of Daniel Day Lewis and Morgan Freeman-esque type qualities of greatness. Trust me when I say that you will be one of the greatest ever.

I bet Jamie Foxx is feeling a little left out right now. Why does Waltz's performance get all the love?
—————-
* Note to all the racist spreekillers / fans of Christoph Waltz (not "Christopher Walz") out there: Always run spellchecker before hitting Save. You may not get a chance to edit your spelling later.