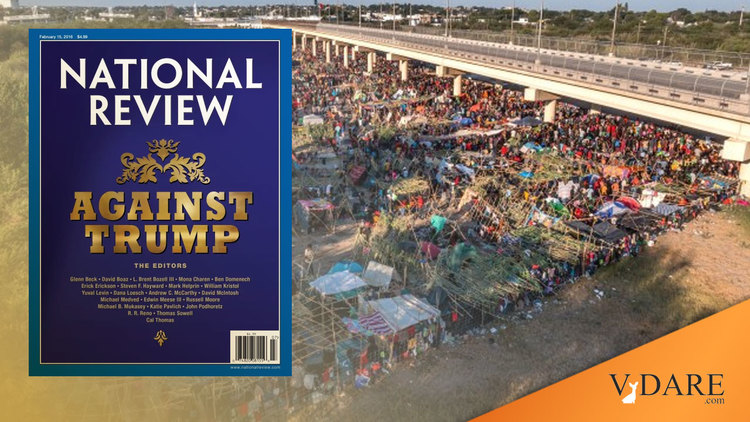 A brief Twitter thread, screenshotted to protect it from Twitter deletion. Click on images to go directly to stories—including NRO's fundraising appeal. But don't give them money! If you want to support patriotic immigration reform, aka "Keeping America American" donate here. 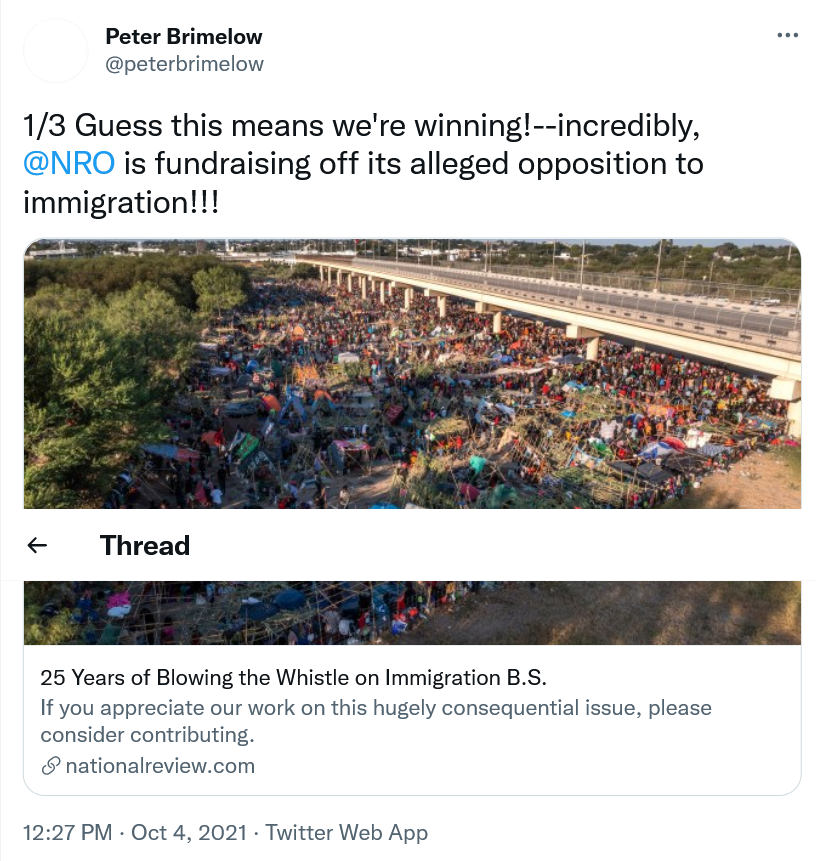 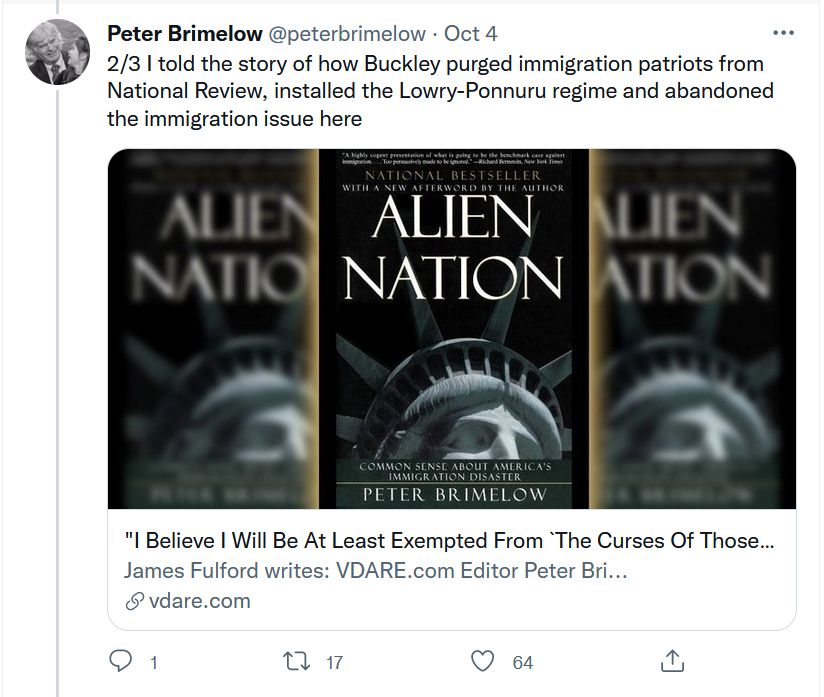 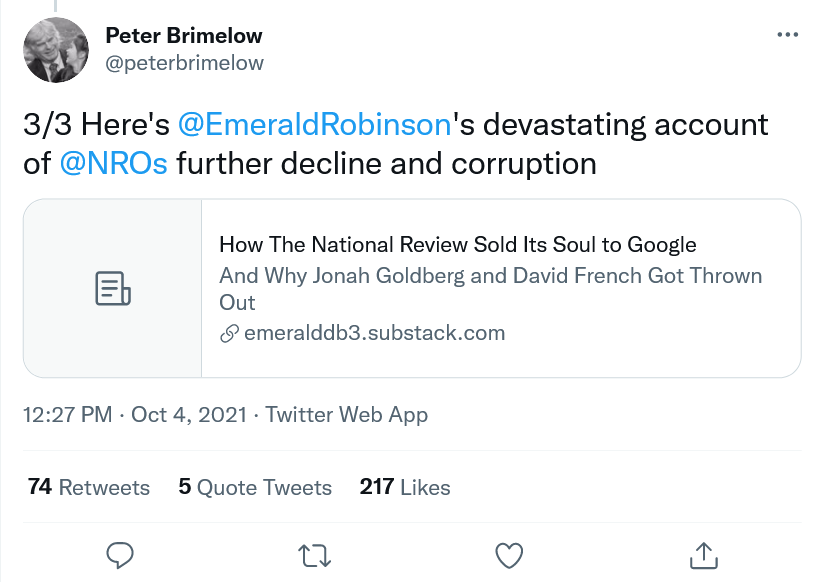 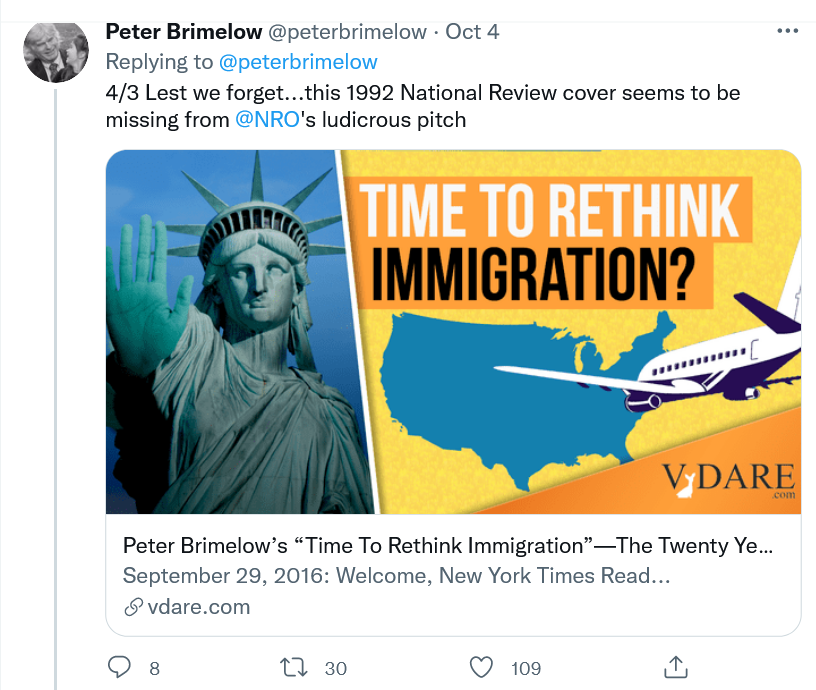 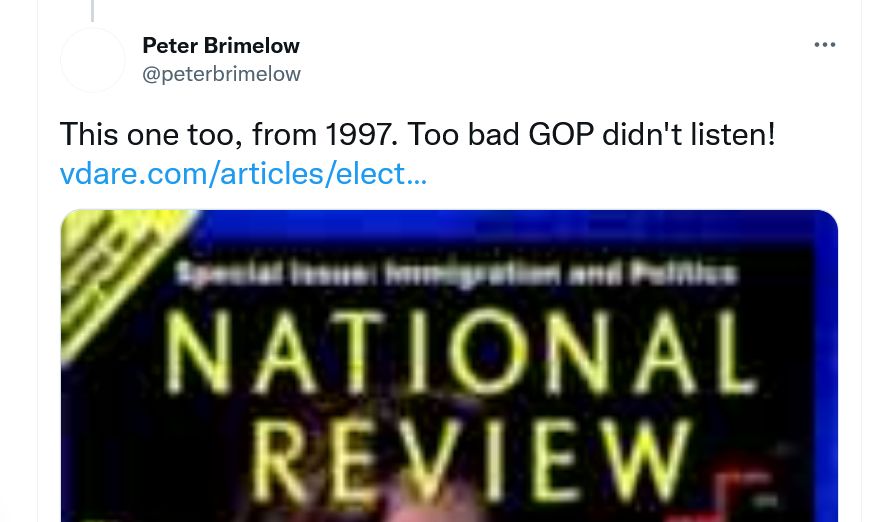 "[T]he new American Anti-Idea [amounts] to a sort of racial spoils system. Government power is used not to achieve economic efficiency, which traditional socialism can no longer promise, but ethnic equity.." https://t.co/Zc43ye8Yd1

"Dogmatic attitudes on immigration and race have become a badge of New Class superiority to ordinary people ..." https://t.co/Zc43ye8Yd1

In interview with Chronicles in 2015, Ann credited Time To Rethink Immigration with changing her mind on the subject.