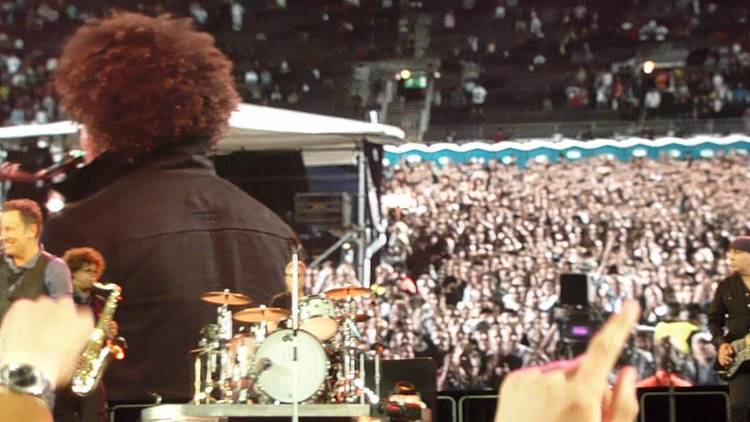 David Brooks returns from following Bruce Springsteen's tour around Europe, where 50,000 Spaniards sang along to songs about New Jersey's industrial wastelands, and writes:

It makes you appreciate the tremendous power of particularity. If your identity is formed by hard boundaries, if you come from a specific place, if you embody a distinct musical tradition, if your concerns are expressed through a specific paracosm, you are going to have more depth and definition than you are if you grew up in the far-flung networks of pluralism and eclecticism, surfing from one spot to the next, sampling one style then the next, your identity formed by soft boundaries, or none at all.

Maybe this is why younger rock bands can’t fill stadiums year after year, while the more geographically defined older bands like U2, Springsteen and the Beach Boys can.

Probably not the main reason, but it's still an interesting point. There is a real hunger among fans for a band to be from somewhere, even if they hadn't actually gotten there yet. Kurt Cobain wasn't from Seattle, he was from a hick town and then from Olympia, but he was hoping to eventually get to the big city. So, Nirvana got swept up in a narrative powered by the general rise of Seattle in the late 1980s (Starbucks, Nordstrom's, Microsoft, etc.)

One big change is the decline of the Southern tradition in rock. A huge fraction of electric guitar bands were once either explicitly Southern or wanna-bes (the Rolling Stones at their peak in Honky Tonk Women era). But that seems to have gotten suburbanized away, with assertively Southern musicians going to Nashville instead of into rock.