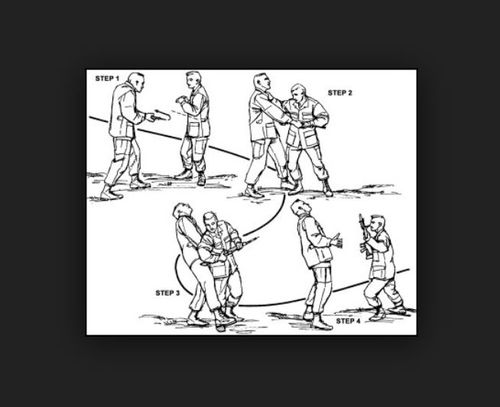 Oregon Shooting: Fighting Back Works—And It Works Better If You're Trained

[Excerpted from the latest Radio Derb, available exclusively from VDARE.com.]

As Radio Derb goes to tape here, the headlines are about the mass shooting at a community college in Oregon.

I'll skip the usual ruminations about gun laws and mental health, and go straight to this: Why didn't people rush him, as the three American guys rushed that Muslim shooter on the French train back in August? Sure, you'll likely get shot rushing an armed man, maybe killed. He's going to kill you anyway, though. At least you'll go down fighting, and probably save other people's lives.

So why doesn't it happen? Well, it does. In Thursday's shooting, 30-year-old Chris Mintz went for the gunman. He took five bullets for his trouble, although fortunately none of them hit anything vital and he's now recovering.

All right, so it happens. Why doesn't it happen more often, though?

Answer: to do things like that needs some training. Mintz has served in the U.S. Army. Of the three guys on that train in France last August, one was an Air Force vet and another was National Guard.

In a surprising number of situations in life, ninety percent of the secret to being able to to do something is just knowing it can be done. You don't need a whole lot of training, just awareness of possibilities. I doubt the Air Force or National Guard do much unarmed-combat training. They do some, though; and then it's not such a strange thing when life throws it at you.

Well, that's my thought: more constructive at least, I hope, than the routine gun-control blather we're getting from our mainstream pundits and our stupid President. And yes, I am aware that nothing could be more against the grain of our delicate, emoting, feminized culture than military training in schools. That's something we could fix, though, if we wanted to.