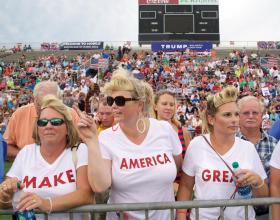 I found the article "Traitor To His Class" in the Weekly Standard while I was searching for the similarly titled NYT piece from Ross Douthat. (The original "traitor to his class" was Franklin Delano Roosevelt, a socialist who attacked what he called "malefactors of great wealth" in spite of being from the nearest thing America has to an aristocracy. )

Headline of Julius Krein piece in @weeklystandard: "Traitor to His Class."
As successful wealthy pols tend to be.http://t.co/hueXGFFpSk

Now, when the New York Times said in 1989 that if Catholic Bishops were active in politics in ways the NYT didn't like, it would end what the NYT called the "truce of tolerance" for Catholicism, Catholics aren't likely to forget it.

Similarly, when the Washington Post in 1993 described members of the Religious Right as "largely poor, uneducated and easy to command," they had to apologize the next day, but conservative Christians aren't likely to forget it.

I am unlikely, whenever either Kristol or his magazine shows signs of enthusiasm for immigration law enforcement, or patriotic immigration to forget the article he wrote in the Standard about conservative immigration patriots during the Bush-Kennedy Amnesty push:

Y is for Yahoo | Turning the GOP into an anti-immigration party could dash Republican hopes of becoming a long-term governing party.

However, as I've pointed out before, if he hasn't seen the light, he's felt the heat, and realizes that it's amnesty that could "dash Republican" (and neoconservative ) hopes of becoming any kind of governing party at all.