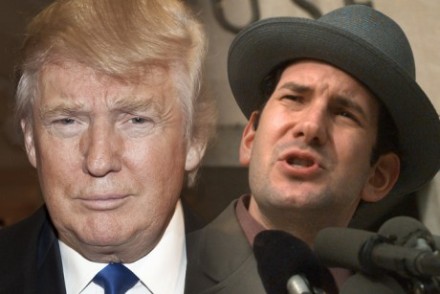 The Drudge Report came to power because it was willing to identify and highlight stories which interested its largely conservative readership. Once upon a time, this was a great benefit to the patriotic cause.

CPAC got livelier on Friday, and thereby sadly provided a classic example of how Drudge has degenerated.

“You have to be very, very careful, because you could say that to a certain extent the odds aren’t looking so great for Republicans, that you are on a suicide mission,” he said. “You are just not going to get those votes.”

Of course this is heresy to the CPAC management. It was also by far the most interesting statement out of CPAC so far.

At 10-37 AM Drudge took the story down and replaced it, under the condescending headline TRUMP STUMPS, with a spitefully  negative piece Donald Trump Gets Better Reception From Media Than From Conservatives Rosie Gray BuzzFeed March 15, 2013 which does not mention his Amnesty comments. At this writing, this is still up. (Remember Rosie Gray?)

My theory: Drudge has an early shift sub editor who has not quite got the message. The Drudge Report, as during the election, is running interference for the GOP Establishment, and they, in Rush Limbaugh’s words, “just want amnesty”.

So, just like the MSM gave him his start by doing, Matt Drudge is betraying his followers by suppressing news. He does not deserve their trust.