One To Watch: Karen Handel vs. Rep. McBath In Georgia's Sixth

This has been a bad year for Congressional immigration patriots, largely due to President Kushner’s failure to back them. One possible mitigation: the race in Georgia’s sixth congressional district, which requires some backstory.

Typically Republican, in 2017, its Congressman, Tom Price, left to serve as President Trump’s Secretary of Health and Human Services. In the Special Election to fill his seat, Republican Karen Handel beat Democrat Jon Ossoff by 3.57 points.

Then, in 2018, Congresswoman Handel lost to Democrat Lucy McBath by 1.02 points. [Full, and proud, disclosure: in 2018, I canvassed on behalf of the Republican Party in Georgia. On some shifts, that meant canvassing for Rep. Handel]. Now, in 2020, Karen Handel is running against Congresswoman McBath—it’s a rematch of the 2018 election, but with the incumbency flipped.

Mrs. Handel is nothing special. She’s just another Republican doofus, not a national populist or an immigration patriot. According to NumbersUSA, she has basically no position on immigration.

But her opponent, Rep. McBath, is the worst of the worst: A black gun-grabber. In 2018, Paul Kersey informed VDARE.com readers:

“McBath’s main campaign plank . . . was “gun violence.” You might remember her as the mother of the late Jordan Davis. In 2012, a white fellow, Michael Dunn, shot Davis to death during a parking-lot confrontation over the loud music Davis and pals were blasting from their SUV. The black youths provoked Dunn and threatened him, and yet another white guy was overcharged and landed in prison for life. Nicholas Stix wrote the story for VDARE.com.” 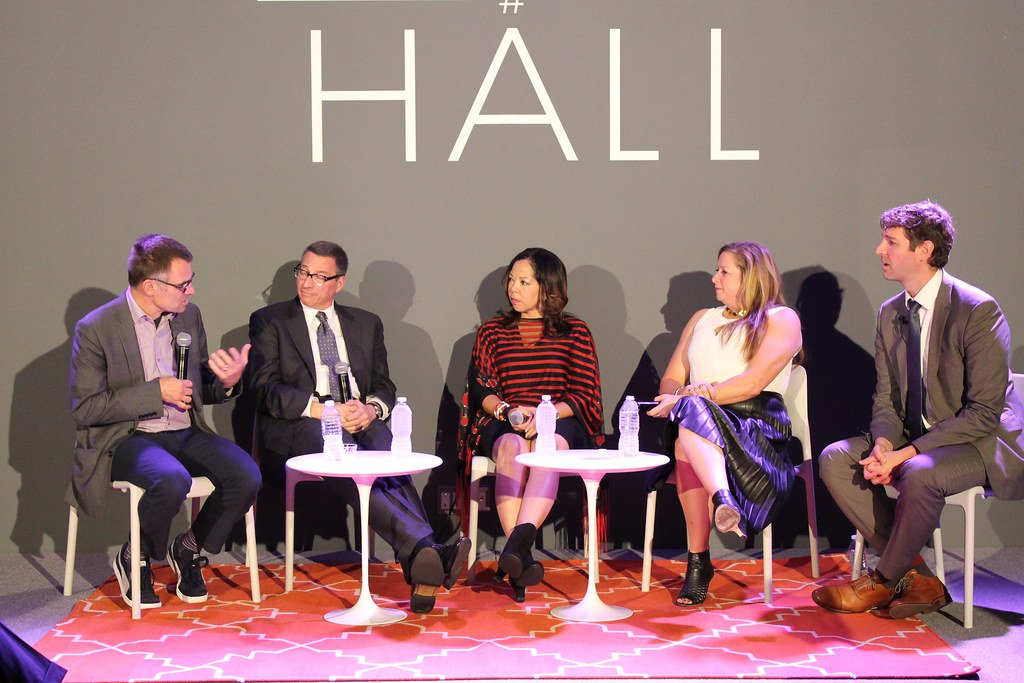 From right to left: Rabbi Andy Bachman, Reverend Rob Schenk, Lucy McBath, Abigail Disney, and Eric Ruben. This photo is from the discussion that followed a special screening of Armor of Light, a pro-gun control documentary. Eric Ruben is a fellow at the liberal Brennan Center for Justice, where he focuses on “Second Amendment jurisprudence.” [Credit Image: New America via Flickr]

McBath, a darling of the organizations that would love to confiscate every gun in the country, and those groups are spending to millions to keep her in Congress:

“McBath is again winning hefty financial support from Everytown for Gun Safety, with the group partly financed by Michael Bloomberg pledging $3 million on ads. . .. McBath is vastly outraising Handel for direct spending, though, taking in more than $5 million compared to Handel's roughly $2 million.”

As America crumbles under the weight of demographic change, constant rioting, rising homicide, and anarcho-tyranny, one of the most important things we can MUST do is protect our gun rights. No matter what horror might be on the horizon, America’s historic majority will have a literal fighting chance so long as we are armed. On the other hand, there’s no telling what America’s hostile elite might subject us to, should they manage to disarm us.

Laura Loomer and Lauren Witzke are challenging awful incumbents, but they need a miracle to win. Karen Handel only needs a little luck to unseat an even more awful incumbent.