Obituary Of The Year: The Dowager Marchioness of Reading 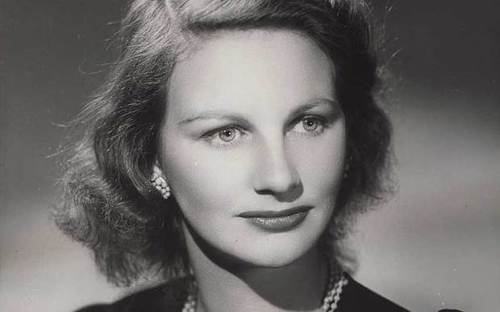 The Marchioness of Reading, 1945

A Radio Derb listener passed this on.  I nominate it for the title Obituary of the Year.

The Dowager Marchioness of Reading, who has died aged 96, was a society beauty of the 1930s and 1940s and a woman of independent spirit.

A Marchioness is the wife or widow of a Marquis, second of the five ranks in the British aristocracy.  (They go, high to low:  Duke, Marquis, Earl, Viscount, Baron.  By a curious coincidence, there were also five ranks in the Bronze Age Chinese feudal aristocracy:  ?, ?, ?, ?, ?.  This coincidence has been a boon to the translators of ancient texts.)

She was one of the first British women to get a pilot’s licence, competed on the prewar stock car racing circuit, and became a rally driver in the 1950s. In later life she became a campaigner for animal rights and an outspoken English nationalist.

As Harold Brooks-Baker, the former publishing director of Burke’s Peerage, once observed, Margot Reading had views “diametrically opposed to most sane people”.

That's an Establishment way of saying she held unpopular opinions.

At no time was this more clear than in 1998 when, after the maverick Tory politician Alan Clark paid tribute to the “martial spirit” of English football supporters who had gone on the rampage in Marseille, she wrote a letter to The Spectator in which she observed: “We are a nation of yobs. Now we don’t have a war, what’s wrong with a good punch-up?”

In a later interview she elaborated on her views. “I love England so much and I just feel that the so-called hooligans are just sort of over-enthusiastic. How is it that we conquered the world and that our armies went over the top? It is because we are a nation of fighters … What an English tough guy does is to fight with his fists, which is a good clean fight… With so many milksops, and Left-wing liberals and wetties around, I just rejoice in the fact that there are people who keep up our historic spirit.”

I have made a similar argument myself.  Before they became a nation of cowed, cringing, self-hating, multiculti pussies, the English were a nation of rambunctious hooligans.  Me:

"The 16th-century adventurer Sir Francis Drake is regarded as a great patriot and exemplar by all red-blooded Englishmen. Sir Henry Newbolt wrote a fine sentimental poem about him, that used to be memorized by English schoolchildren, and that was set to music by Sir Charles Stanford — the sheer quantity of Sirs here shows you how respectable this man's memory is. Those at the receiving end of his "adventures," however, considered him a lawless pirate, and on the actual historical evidence it is hard to argue that they were wrong."

Or you can hear it from the War Nerd:

"The Brits, up to the mid-20th-century, were stone killers, the most ruthless conquerors of the past thousand years."

Her comments came in for severe criticism, prompting her eldest son, the Marquess of Reading, to beg her not to take any more telephone calls. “I am very fond of my mum, but I do not always agree with her,” he explained.

Regression towards the mean.

One of three sisters, she was born Margot Irene Duke on January 11 1919. Her father, Percy Duke, was said to have been the last man to wear a wing collar on the floor of the Stock Exchange and , for reasons which remain obscure, divided the world into people he called “George,” and those he called “McGregor”.

A great simplification!  At Pratt's, one of the oldest and most exclusive of the London gentlemen's clubs, all club employees are by tradition addressed as "George."  Perhaps that's where Mr. Duke got the idea.

Margot’s mother, Violet Mappin, would have inherited much of the fortune of the silversmiths and jewellers Mappin & Webb had she not married Percy only six weeks after the death of her first husband.

Educated at Benenden, Margot sat for leading photographers such as Angus McBean, who declared her one of the most beautiful women he had ever seen. She was, for a time, the face of Pond’s beauty cream.

In 1940 she married Michael, Viscount Erleigh, MC, the eldest son of the 2nd Marquess of Reading who would succeed his father in 1960. Although she enjoyed a very happy 40 years of marriage , she never conformed to anyone’s expectations.

She loved speed and, as well as becoming one of the first British women to get a pilot’s licence before the war, she competed in the 1952 Round Britain car rally as co-driver with Sheila Van Damm. Guests at the coming out party for her daughter in the 1960s would recall how she took charge of a fairground carousel hired for the event and boosted it to full power, terrifying those on board. She was also a fearless horsewoman and hunted with the Mid Surrey Drag Hounds.

A woman of trenchant opinions, she once wrote an (unpublished) letter to The Daily Telegraph in which she proclaimed that “the only answer to paedophiles is to cut their balls off”. In the 1960s she briefly entertained hopes of standing for the Conservatives in a general election, until her husband dissuaded her, fearing what she might say.

When it was suggested to her that she might be descended from an illegitimate son of William I, Margot Reading began to research her family, which she traced back to the 12th century, and she managed to persuade the College of Arms to accept her connection with the Conqueror. The discovery that a forebear called Anne Duke had played a small part in the “Sealed Knot” conspiracy to return Charles II to the throne (while being in love with Oliver Cromwell’s secretary John Thurloe) led to her co-writing a historical novel entitled Anne of the Sealed Knot (1972, with R?J Minney).

In the mid-1990s she persuaded The Spectator to publish the letters of her half-brother, Sir Charles Mappin, who sailed round Tahiti in the late 1930s and went through much of the Mappin & Webb fortune before enlisting in the RAF as a rear gunner on a Wellington bomber and dying on his third mission. A lover of practical jokes, during the 1930s Sir Charles had announced plans for an “Old Berkeley Square Cat Hunt”, in which the stray felines of Mayfair would be rounded up with the aid of greyhounds. The police and RSPCA were among a number of bodies who fell for the prank.

In the last 20 years of her life, Margot Reading’s great passion was animal welfare and she bombarded everyone she could think of with letters demanding they do more to protect all forms of animal life. In particular she sought better treatment for “moonbears”, which are often kept in appalling conditions in China, where their bile is extracted for use in Chinese medicine.

Her husband died in 1980, and she is survived by their daughter and three sons.