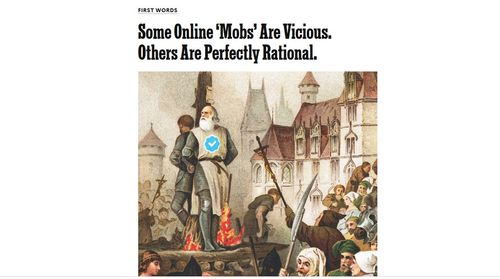 NYT: "Some Online ‘Mobs’ Are Vicious. Others Are Perfectly Rational."

Some Online ‘Mobs’ Are Vicious. Others Are Perfectly Rational.

… Whether a group is labeled a “mob” often does have more to do with its aims than its tactics. The angry crowds coded as mobs are those whose actions are later condemned by history — the pogroms that murdered Jews in Russia or the lynch mobs of the Jim Crow South. Those whose ideas are eventually adopted and normalized become, in hindsight, revolutionaries. … 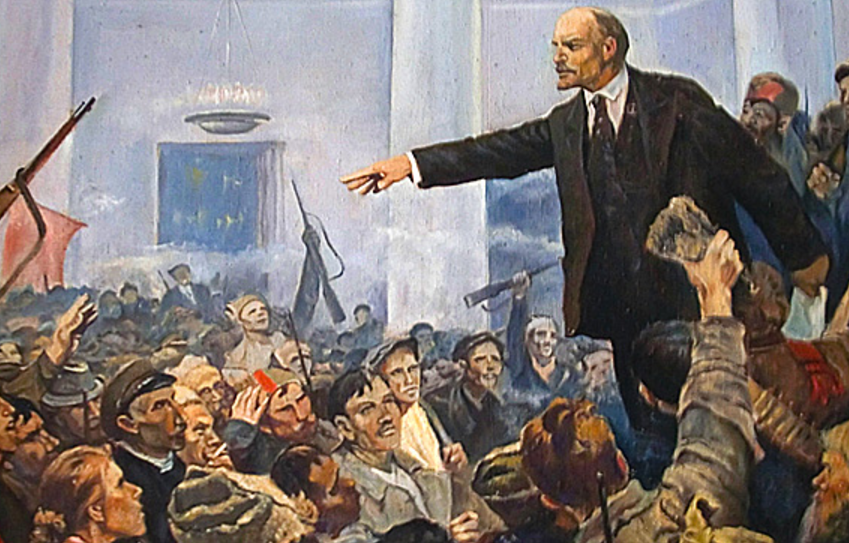 … the historical question was formulated by Lenin in two pronouns – “who whom?”

Hess goes on to explain that there are good revolutionary mobs and bad far right mobs:

The Johansson “mob,” for instance, was dedicated to challenging a fault in the status quo, punctuated by trans actors’ insights into the ways Hollywood was embracing their stories but still boxing them out of participating in telling them; it seemed less interested in punishing Johansson than in gaining opportunities for trans people.

… The Gunn mob was led by a clutch of far-right men who only frame themselves as outsiders and use as their weapon the most thoroughly accepted norm they can find: that pedophilia is indefensible.

See, these “far-right men” “only frame themselves as outsiders.”

How can you tell? Well, they are men and they are far-right, so therefore they must run Hollywood.