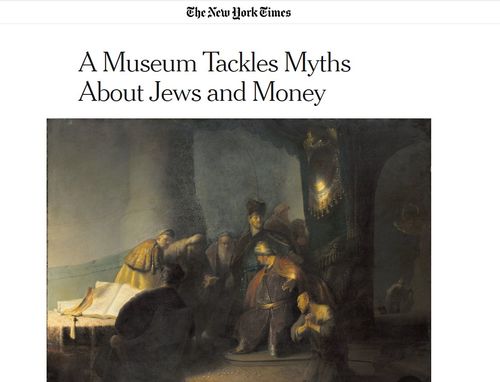 NYT: "A Museum Tackles Myths About Jews and Money"

A Museum Tackles Myths About Jews and Money

These aren’t even tropes, they are myths. Myths, I tell you! 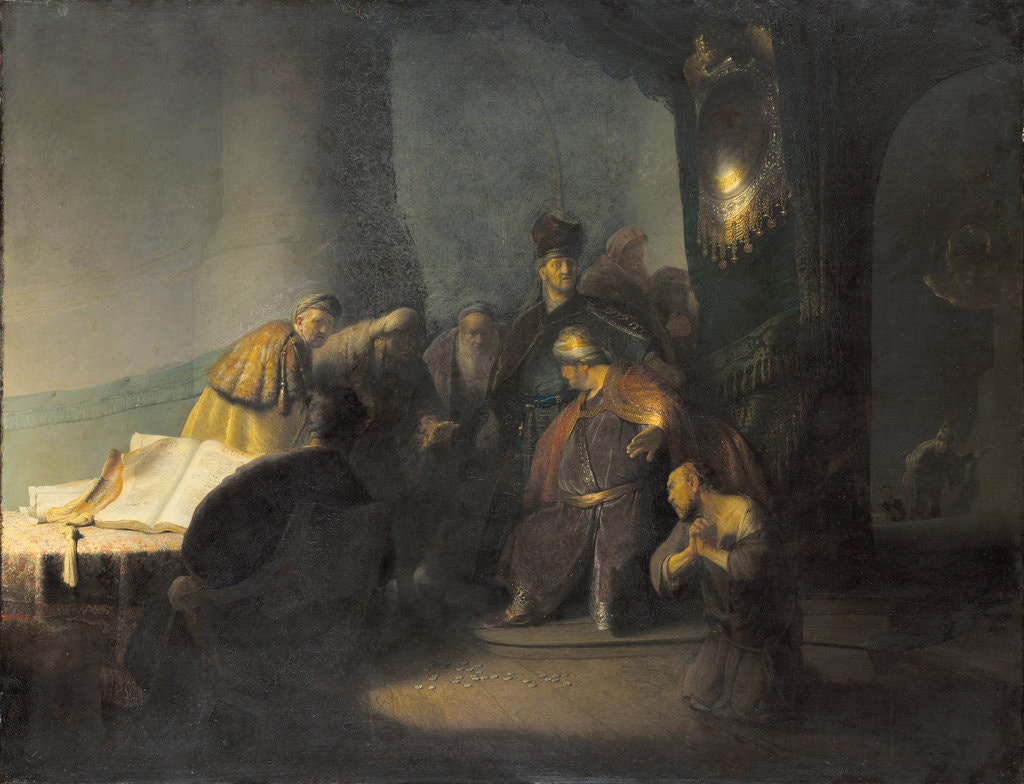 “Judas Returning the Thirty Pieces of Silver” (1629), by Rembrandt, is the centerpiece of an exhibition called “Jews, Money, Myth” at the Jewish Museum in London.

After all, what better proves that stereotypes about Jews and money are myths than a Jewish Museum lavishly mounting an exhibition on the topic, complete with a Rembrandt lent by a private collector?

LONDON — … an exhibition running through July 7 at the Jewish Museum in London called “Jews, Money, Myth.” The show explores the ways in which Jews have been associated with money over the past 2,000 years. …

The Jewish Museum’s aim is to “debunk a lot of the myths that still circulate today,” said Joanne Rosenthal, the exhibition’s curator, “such as Jews exerting a kind of sinister influence on world events, Jews financing disastrous wars around the world for profit, Jews being naturally drawn to money making.”

These centuries-old “tropes and stereotypes” still circulate on social media and beyond, Ms. Rosenthal added, and the exhibition invites visitors to look in a “calm and levelheaded way at the historical realities.” …

“I’ve never done anything in my life where people have been so scared,” she said in an interview at the museum. “Even the title scares people.” …

The myth of Jews and money can be traced back to the biblical figure of Judas, who betrayed Christ in exchange for some silver coins. In the show’s star attraction, Rembrandt’s “Judas Returning the Thirty Pieces of Silver,” on loan from a private collection, Judas is pictured on his knees, begging a group of priests for forgiveness. …

The video also features campaigners in favor of Britain’s withdrawal from the European Union, who were filmed outside the Houses of Parliament in London recently. One of the protesters holds a placard that equates the Jewish financier George Soros and the Rothschilds with the European Union, saying they run Britain’s “fake news” television channels. …

David Feldman, a professor of history at Birkbeck, University of London who is director of the Pears Institute for the Study of Anti-Semitism (which was consulted for the exhibition), said the left sometimes did not initially identify certain patterns of behavior as racist or anti-Semitic.

Jews are “predominantly a middle-class population in Britain, so they don’t fit the idea of what a victim of racism ought to look like,” Professor Feldman said. “There is an expectation that the victims of racism are people of color, that they’re poor, and that in the case of Europe, either they or their forebears were colonial subjects.”