Newsflash: Sen. Sinema (D-BI) Is Playing for Neither Team

Earlier: NBC News: Senator Sinema Is A Disgrace To Us Bisexuals Because She Can't Make Up Her Mind Which Team She's Playing For

Yesterday, NBC News raised doubts about whether Arizona moderate Democrat Senator Kyrsten Sinema could be considered, morally and spiritually, a true bisexual because it’s hard to tell which team she’s playing for. 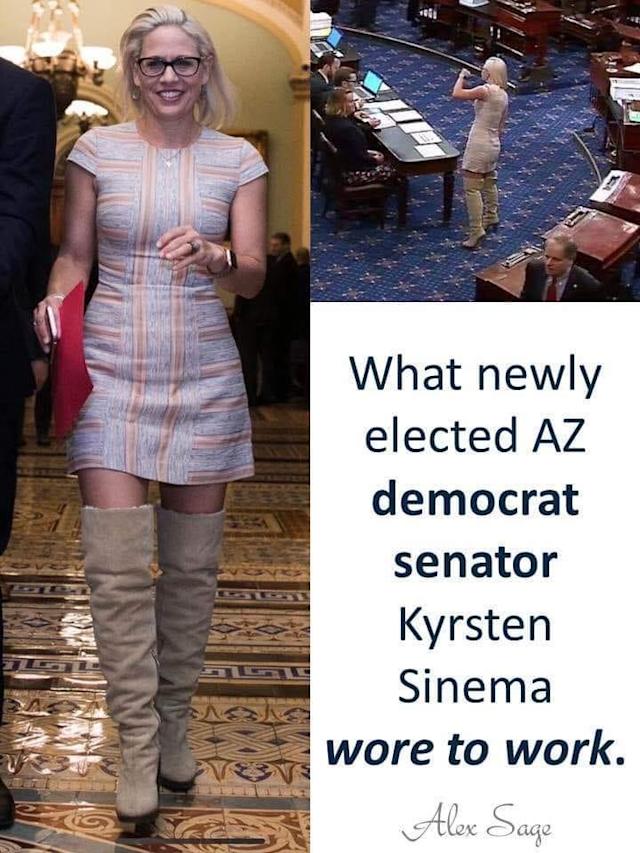 Today, from the Washington Examiner:

The centrist Democrat from Arizona, in the spotlight during high-stake spending talks, skipped the Congressional Women’s Softball Game on Wednesday despite being included in the scheduled lineup and appearing in the program handed out to fans with the No. 48.

Sinema’s absence at the charity game was a result of an injury, one of the event’s organizers told the Washington Examiner.

“She is on the injured reserve list because she broke her foot,” she said, referring to the injury Sinema endured in June while running a marathon that resulted in her wearing a cast on her foot for a time.