A former Novant Health executive who claimed in a lawsuit he was fired to help the organization reach diversity goals was awarded $10 million by a federal jury Oct. 22. 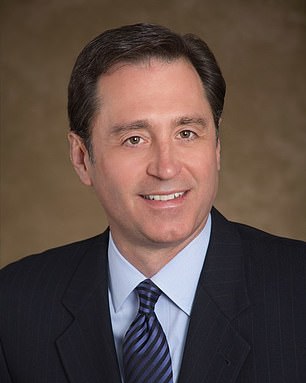 In the lawsuit, filed November 2019, David Duvall, former senior vice president of marketing and communications, alleges he lost his job at the Winston Salem, N.C.-based system in 2018 without warning and shortly before his five-year anniversary despite receiving positive performance reviews.

Mr. Duvall, a white man, was allegedly replaced by two people: a white woman, who became chief communications officer, and a Black woman, who was hired to lead marketing efforts, according to the lawsuit.

But I thought black women work twice as hard?

In the Oct. 22 decision, the jury decided that Novant Health failed to prove that the health system would have dismissed Mr. Duvall regardless of his race.

“We are extremely disappointed with the verdict as we believe it is not supported by the evidence presented at trial, which includes our reason for Mr. Duvall’s termination,” a Novant Health spokesperson told Becker’s Hospital Review. …

“Novant Health is one of thousands of organizations to put in place robust diversity and inclusion programs, which we believe can co-exist alongside strong non-discriminatory policies that extend to all races and genders, including white men,” the statement continues.

Sure. Granted, nobody can explain in clear language how it is logically possible to square the Equal Protection clause with affirmative action, but, trust us, it just is.

“It’s important for all current and future team members to know that this verdict will not change Novant Health’s steadfast commitment to diversity, inclusion and equity for all.”

I definitely want to go to a hospital whose ownership has “a steadfast commitment to diversity, inclusion and equity” or DIE for short.