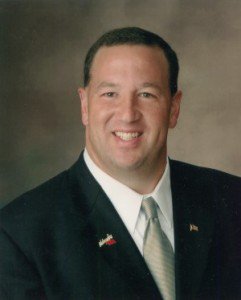 Nebraska RNCman's Kramer: Grandma was an immigrant - so flooding the Country is great!

Read much about the 2012 Senate race in Nebraska? Me neither.

That is because it does not fit the MSM (and GOP Establishment) template. Republican winner Deb Fischer, who took the seat from the Democrats by stomping former Governor and Senator Bob Kerrey also won in the Primary against GOP Establishment- and Neocon- backed candidates - and happened to have the best position on immigration.

The lesson of this has not dawned on new Nebraska Republican National Committee man David Kramer – quite the reverse. He has given an interview to the Lincoln Journal Star demanding the party adopt an Open Borders policy.

Kramer, an Omaha attorney, has succeeded Pete Ricketts as the party's national committeeman after a stint as state chairman and a 2006 bid for the Republican Senate nomination...During his Senate race, Kramer was far ahead of his party in proposing an immigration reform plan that would have opened the door to legal status for illegal residents who have been in the United States five years or more.

"...if you expand the ability of people to come in legally, you may go a long way toward resolving the problem.""...If a person has been here more than five years, never been arrested or convicted of a felony, paid taxes and is a good, hard-working, contributing member of society, that person might be offered a pathway to legal status if he or she pays a fine and "gets in line behind others who are following the rules for citizenship."

(How much chance of support for the electorally promising Official English policy here?)

David is a Partner at Baird Holm LLP and provides many clients with assistance in government relations, primarily at the state and local levels. Because of his longstanding political involvement and relationships, David is able to work closely with clients and their registered lobbyists to strategically achieve their goals.

Could it just be about money?

"My perception is that Mitt Romney was a far better candidate than John McCain (in 2008) and probably as qualified a candidate from an economic perspective as you could have," he said."But there were fewer votes for Romney than McCain. What happened? What was that due to?

What happened was that not enough Northern whites turned out to vote. Promising to slash their living standards by flooding labor markets – including the tech graduate market – repels them. What has happened in Nebraska’s meat packing industry is a classic example.

Tell David Kramer to try thinking - rather than treason.