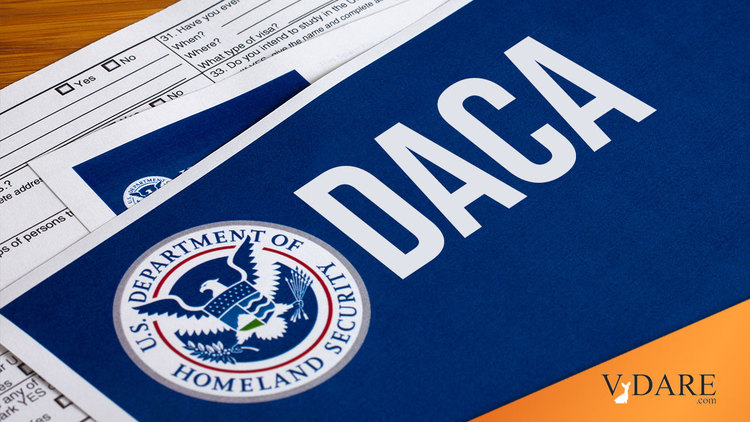 At a time when college costs are rising more rapidly all the time (up 1120 percent since 1978), foreign interlopers are being given special benefits. 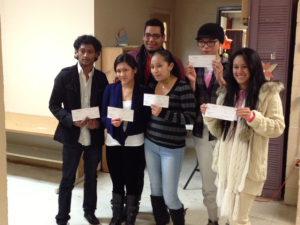 The kiddies in question are illegal aliens in Philadelphia (pictured) blessed by the good King Barack with no-deport status because they were fortunate (but not culpable!) when their parents supposedly dragged the youngsters across the border against their will to stupid-generous America. Lucky them!

A 2011 poll found many Californians struggling to afford college, where the study found that the state ranks 41st in the number of bachelor’s degrees awarded per every hundred high school graduates, with cost being the major factor. A few decades back, people actually moved to California for the excellent education system.

But there’s always a helping hand for illegal aliens in Obama’s America. Hard-working citizens, not so much.

PHILADELPHIA (CBS) – Thousands of young undocumented immigrants have been coming out of the shadows to apply for President Obama’s Deferred Action for Childhood Arrivals program.

The program gives these dreamers a chance to get a social security number, a work permit and drivers license. And now several young people in the region have been awarded the scholarships to help them get one step closer to their dream.

“This is like, a dream come true. Everything that I wanted is coming along.”

Sixteen-year-old Montserrat Gallegos stood in a basement room at Juntos headquarters in South Philadelphia with joyful tears in her eyes. Gallegos came to America nine years ago by crossing the border from Mexico into Arizona.

She’s moved from Arizona to New Mexico and finally to Philadelphia a few years ago. Money is tight at her home, so the $465 DACA application fee was a huge burden. Thankfully, the scholarship pays the fee which allowed Gallegos to take the first step in pursuing her dream.

“(I want) to go to college to do all the things that anyone else could do. Something that I wouldn’t be able to do without this scholarships.”

“”We are a part of this country. America is made of immigrants,” says 18-year-old Olivia Vasquez. She was brought to Philadelphia eight years ago and is also one of five DACA scholars. But Vasquez says it takes more than money to apply for the program, it also takes courage.

“When you realize there are other people who need help. It’s a motivation to keep going, to keep organizing, to keep fighting.”

Vasquez says dreamers must come out of the shadows, if they want laws to change.

Five undocumented teens? received the scholarship, which was paid for through a partnership between Juntos and the Hispanic Federation.