MSM Response To VDARE.com's Facts: "Peddle Your Racism Somewhere Else". (No Wonder They Were Surprised By Trump!)

We recently received this discourteous response to a mailing:

You want to know what that was in response to? It was a press release. I admit it did say we'd been right about Trump, but that's not racist in and of itself. It also had a picture of Peter Brimelow and his three adorable daughters—also not racist. 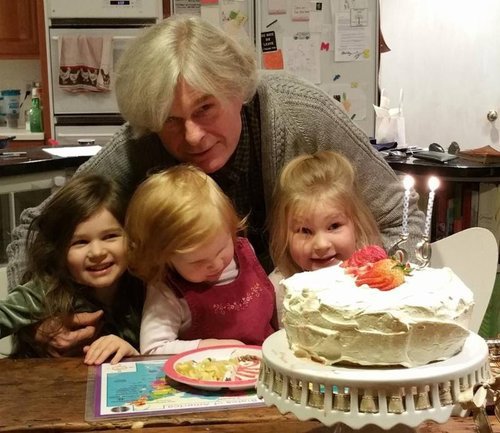 But my point is that we sent Ms. Starr a press release in her capacity as an employee of an MSM organization that might be interested in what VDARE.com had to say, because we were right all along about the election, and the MSM was wrong, wrong, wrong.

I mean, the whole Alt Right thing has been in all the papers, and there was this massive upset, and the MSM was all "What happened? Why did nobody tell me?"

And when we try to tell them, they're all "Peddle your racism somewhere else. Remove me from your mailing list."

What kind of politics does Ms. Starr follow? Well, according to her Twitter feed, it's credulous feminism. (The Alicia Machado attack on Trump.)

machadoofficial You are so brave and a true patriot. The USA is lucky to have you!

Mario Woods was the usual black madman with a knife who gets considered a victim after he's killed in self defense. The San Francisco Chronicle described him this way:

The final chapter of Mario Woods’ life began when he slashed a stranger for no apparent reason and ended with him staring at the barrel of a San Francisco police officer’s gun and saying, “You better squeeze that ... and kill me.”

So who would Ms. Starr actually like to see as President? Hillary? Bernie? Whoever the Libertarian guy is this year? No, she's actually for President Squid. In her capacity as a children's book publicist, she's publicizing a propaganda effort aimed at kids, which features images like this: 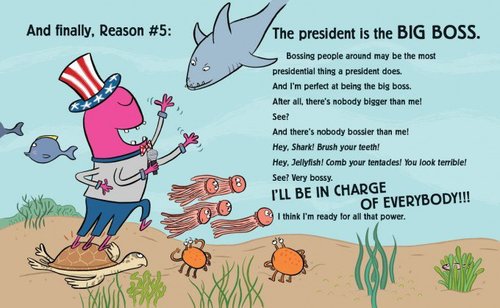 Does he remind you of anything in the running for President? Hmm….

The 5 Things It Takes to Be a Great President, According to a Squid, Chroniclebooks.com, March 1, 2016

That was during the primaries. Frankly, calling a candidate a "thing" is unacceptably dehumanizing when aimed at a talking squid.

Aimed at Donald Trump, it's the kind of rhetoric which has led to at least one  attempt on his life, many, many, assassination threats, and mobs surrounding his house.

But I return to my original point—if the MSM is in the hands of Generation Snowflake, and they don't want to listen, expect a lot more electoral surprises in the future.