The idea of admitting thousands of unscreenable Syrian Muslims as “refugees” looks even more unwise when Washington has been unwilling or unable to block full-on war criminals from taking up residence in the United States. From Nazi thugs who received millions in Social Security benefits to a jihadist bomber who got a government job and a Guatemalan soldier who took part in the massacre of over a hundred villagers, America has indeed embraced diversity — of foreign criminals.

In fact, the Daily Mail reported a year ago: “Three hundred Bosnian war criminals are living in the US… as feds move to deport at least half of them”.

Why not deport every single one of them? They’re war criminals. What kind of government won’t deport war criminals? 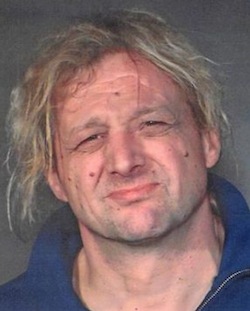 Today’s subject, Zdenko Jakisa (pictured) was accused of murder back home in Bosnia and lying about his past to enter the US.

Interestingly, Jakisa apparently committed several crimes in this country after being resettled by the helpful friend of foreign lawbreakers, Catholic Charities.

Former refugee who concealed Bosnian war-era crimes will be deported from the U.S. after living in Minnesota for 18 Years, Associated Press, February 11, 2016

A man who came to the United States as a refugee from war-torn Bosnia almost two decades ago will be deported for concealing a long criminal past in his home country, including the killing of an elderly Serbian neighbor, a federal judge said on Thursday.

He apologized in court for withholding information when he first came to the United States, saying he felt at the time he had no choice.

‘The reason I was lying was only to save my life and my wife’s life,’ he told Judge Susan Richard Nelson. ‘I did not come here to hurt anyone, or do anything.’

Authorities said in 2014 that when he was filling out refugee and legal permanent resident applications, he didn’t disclose that he had served in the armed forces of the Croatian Defense Council in Bosnia-Herzegovina and had gone to prison.

Nelson told Jakisa she was in no position to judge him for actions committed during the bloody breakup of Yugoslavia in the early 1990s.

‘I need to sentence you for the crime that you’ve been convicted of, which is misrepresenting important material matters on your immigration application,’ she said, issuing an order that he be removed from the United States.

As part of his plea, Jakisa agreed he was a Bosnian citizen and that he would surrender to US immigration officials as early as Tuesday.

It was not immediately clear when he would leave the country, but his attorney said he hoped it would be with days or weeks.

In Bosnia, Jakisa was convicted of various crimes including killing his neighbor by firing an AK-47 through her bedroom window and and kidnapping, robbing and assaulting a Bosnian Muslim man in 1993. He was also convicted of assault, disturbing the peace and other criminal activities.

Jakisa and his wife, Anna, have been living in suburban Forest Lake, where they co-owned a taxi business.

He has a lengthy criminal record in Minnesota, including multiple convictions for driving while impaired, disorderly conduct and obstructing legal process.

The judge attributed many of his recent troubles to mild mental illnesses, including post-traumatic stress disorder, and alcoholism, but said he had made progress toward getting better.

According to a June 6, 2012, article in the Forest Lake Press, Jakisa and his wife applied to come to the United States in 1998 through the US Embassy in Croatia.

They were approved through a lottery system and sponsored by Catholic Charities and a local church.

That article mentions that Jakisa was required to serve in the military in Croatia’s 1991-95 war for independence from the Serb-led Yugoslavia.

‘I lost tons of my friends,’ Jakisa told the newspaper. ‘My brother is also in a wheelchair, shot in the spine. There is almost no person in Croatia who did not lose somebody or is not crying for somebody.

‘It was a bad war for nothing, just good for government people so they can still talk lies to their own people.’

Authorities in Bosnia have said Jakisa is wanted for questioning in an investigation into war crimes there, but provided no details.

More than 100,000 people were killed during the conflict, which also turned half the country’s population of 4.3million into refugees.