Guatemalan War Criminal (an American citizen!) Is Sentenced to Prison in California 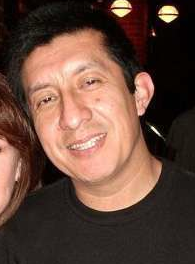 On Monday, a Guatemalan ex-soldier, Jorge Sosa (pictured), was sentenced to ten years in prison for lying about his past in order to enter this country and become an American citizen. The jail time sounds pretty slim for a man who took part in the massacre of at least 160 people in the village of Dos Erres in 1982, but the real accounting will hopefully occur when he is deported to Guatemala where wartime atrocities are still remembered.

Sosa is a perfect example of how the worst war criminals on earth can waltz in to stupid-generous America and make themselves at home. The details about the massacre makes for gruesome testimony, such as how villagers thrown into a well, followed by a grenade. But Sosa lied on his asylum application that he was a morally upstanding fellow, suitable for American admittance, and he got it.

Some of the diverse war criminals admitted to America include:

Over the last few days, citizens have learned that the administration plans to loosen the standards by which asylum is granted, with an eye toward the million of Syrians who have been displaced. Persons who have “limited terrorist ties” will now be eligible to enter this country and become American citizens.

In fact, this nation has a terrible history of letting bad guys in, whether they are categorized as terrorists or mass-murdering war criminals. The idea that US screening is too tough is ludicrous, given the record.

As despicable as ordinary war criminals are, most lead quiet lives in the United States where they seek to hide from their shameful pasts. But the jihadists that the administration will most certainly admit with its new permissive policy are active, willful enemies who want to kill infidel Americans.

Here’s the AP report of Sosa getting sentenced:

Ex-Guatemalan soldier sentenced to 10 years in US, Associated Press, February 10, 2014

RIVERSIDE, Calif. (AP) — A former Guatemalan special forces soldier was sentenced Monday to a decade in an American prison for lying on a U.S. citizenship application about his role in a civil war massacre that decimated a village more than three decades ago.

Jorge Sosa, 55, who taught martial arts in Riverside County, was also stripped of his American citizenship after being convicted of failing to disclose his alleged participation in the killing of at least 160 people in the village of Dos Erres.

The former second lieutenant was not formally tried in California for war crimes, but U.S. District Court Judge Virginia A. Phillips noted that a jury found Sosa committed crimes in Dos Erres after comrades testified that he fired a weapon into a well filled with screaming villagers and stood by as soldiers under his command raped and killed women.

“These are the crimes the defendant lied about and didn’t disclose,” Phillips told the court before handing down the maximum 10-year sentence. “The particular facts of what occurred on Dec. 7, 1982, at Dos Erres cannot be characterized in any other way than as crimes.”

The case is one of several aimed at perpetrators of the massacre that took place at the height of Guatemala’s 36-year civil war. In that nation, five former soldiers have each been sentenced to more than 6,000 years in prison for the killings, while one of Sosa’s former comrades is also serving a decade-long sentence in a U.S. prison for lying on his immigration forms.

Shackled and wearing a jail jumpsuit, Sosa pleaded with the court for clemency, saying he has lived as a law-abiding, faithful Catholic in the U.S. and in Canada, where he is also a citizen, and disagreed with the jury’s verdict.

“I did not have a just trial and … the truth was covered,” Sosa said in Spanish through a court interpreter. “I am innocent and I am not guilty.”

Sosa contends he was not in Dos Erres during the massacre and plans to appeal, defense lawyer Shashi Kewalramani said.

Sosa was arrested in Canada in 2011 and extradited to face charges in the U.S. He was convicted by a jury last year of making false statements and illegally obtaining citizenship in 2008.

After serving his sentence, Sosa could be returned to Guatemala, which is seeking his extradition to prosecute him for the massacre, according to U.S. Department of Justice lawyers.

“It sends a message to other war criminals to not find a safe haven here,” said Jeannie Joseph, assistant U.S. attorney.

At least 200,000 people were killed during the civil war in Guatemala, mostly by state forces and paramilitary groups seeking to wipe out a left-wing uprising. The U.S. supported Guatemala’s military governments during the war.

In 1982, a special forces patrol was dispatched to Dos Erres to search for weapons believed stolen by guerrillas. No weapons were found, but soldiers raped women and officers decided to round up villagers and kill them.

After the war, Guatemala issued arrest warrants for more than a dozen soldiers implicated in the killings, but the cases languished until the Inter-American Court of Human Rights in 2009 demanded the country prosecute the perpetrators.

On Monday, Oscar Ramirez told the judge that he was a toddler when soldiers killed his mother and seven siblings in Dos Erres. He was taken from the village and raised by relatives of a soldier who was there. He only learned several years ago about his identity through DNA testing.

“I believe one of the reasons I was spared was so I could tell people what happened at Dos Erres,” Ramirez said, “And I could help to bring justice.”