There is one certainty coming from the fallout of the Coronavirus/China Virus: white people are going to be blamed for the racial disparities in deaths befalling the black and Hispanic communities across the nation.

Be it racial segregation in housing (redlining!), implicit bias within the healthcare system, structural inequities in the job market or just straight up white racism, we are only a few weeks away from a concerted effort to blame white America for the disproportionate Coronavirus deaths in the black community. In 49 percent black/43 percent white St. Louis, all Coronavirus deaths have been blacks.

And for this, we will see elected officials in individual cities/states and then in Washington D.C. push for a massive transfer of wealth to racially benefit every community in the country, save whites.

Because, you see, whites will be blamed for these racially disproportionate deaths impacting the black community with a ferocity only high rates of segregation, a lack of financial resources, and racial glass ceilings in the job market can explain. 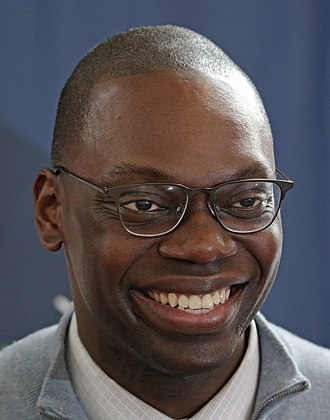 GRAND RAPIDS, Mich. (WOOD) — Gov. Gretchen Whitmer on Thursday created the Michigan Coronavirus Task Force on Racial Disparities, designed to work out why African Americans have been disproportionately affected by the outbreak.

Michigan Lt. Gov. Garlin Gilchrist [Pictured right] and the first African American to hold that post, is heading up the task force. It will tackle a problem that the administration had highlighted as a problem even before the coronavirus outbreak: health care in the black community.

Gilchrist said the issue is one that impacts the nation.

And for him, it’s personal.

“I felt this personally. Fifteen of people in my life have passed away from COVID-19 and I have several other extended family members and friend who are either hospitalized or have tested positive,” the Detroit native said. “This is hitting home for more and more people in our state.”

According to the governor’s office, the group will be made up of state government leaders and health care workers from communities most impacted by the coronavirus.

Obviously the task force has a bogeyman behind the Coronavirus racial disparities already in its crosshairs: white racism, in its every iteration. We can never discuss genetic factors behind the disparities, or individual life choices (diabetes rates higher among blacks, for instance) collectively illustrating why blacks are dying at higher rates, because it’s so much easier to just blame redlining or implicit bias within the healthcare system as the culprit behind the otherwise invisible killer.

Or, that blacks are failing to engage in social distancing the state is enacting for the safety of all citizens.

You read it here first: before June, we will see a massive push on the local/state level for a redistribution of wealth and stimulus package dedicating solely for the advancement of colored people’s health and whitey will be asked to fit the bill. And then we will see an even bigger bill pushed at the federal level.

For in Black-Run America (BRA), any racial disparity existing must always be blamed on white people.