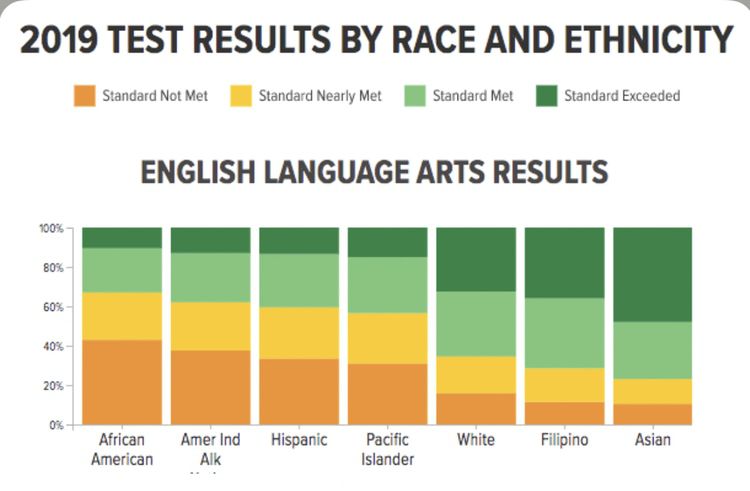 Mexican vs. Asian War Brewing Over Abolishing SAT/ACT at U. of California

Half a century ago, the University of California helped catapult the SAT to a place of national prominence in the college admissions process when it began requiring all applicants to take the test and report their score.

Now the UC system, by its sheer size and influence as the nation’s premier public research university, is again poised to play an outsize role in the future of standardized testing in America as its leaders consider whether to drop both the SAT and ACT as an admissions requirement.

Although the standardized tests are predictive of college performance, particularly at selective universities, they are increasingly seen as an unfair admission barrier to students who don’t test well or don’t have the means to access or pay for pricey test preparation. Decades of research has shown that scores are strongly influenced by family income, parents’ education and race.

The looming question is how UC officials will move to address the clearly documented flaws of the test. If they choose to throw out the SAT and the ACT, another popular test, will they find a better replacement? …

UC regents are not expected to make a decision until next year. But an extraordinary and unscripted exchange about 2 hours and 25 minutes into a recent meeting revealed the enormous stakes, deep passions and growing impatience surrounding the issue.

UC Academic Senate members, to whom the regents long ago delegated authority to set admissions criteria, launched a study this year on whether to continue requiring standardized testing.

Board of Regents Chairman John A. Pérez startled meeting participants when he asked the UC general counsel whether regents were required to wait for the senate to finish its review before deciding the issue. Vice Chairwoman Cecilia Estolano followed his question by declaring that tests use a “clearly flawed methodology that has a discriminatory impact” and suggested a possible time limit on the faculty study.

“We don’t need any more studies,” she said.

Regent Eloy Ortiz Oakley said the issue was urgent, as “millions” of students would take the test and spend substantial sums on test preparation while regents delayed action. Pérez noted that even though nonprofits such as Khan Academy offer free online test preparation, only 3% of students at some underserved schools have regular access to the internet.

On the other side, Regent George Kieffer said he was concerned that if UC eliminated the SAT, the university system could be pressed in a few years to use another test to gauge student performance.

Napolitano cautioned the board to let the faculty finish its work without an “arbitrary timeline.” And Academic Senate Chairwoman Kum-Kum Bhavnani said any decision needed to be well-grounded in research to stand up to the reaction it will unleash.

… One possible alternative: using Smarter Balanced, a test used in California and more than a dozen other states to assess how well K-12 students have mastered English and math skills required by standards known as Common Core.

Smarter Balanced tests predicted first-year college grades as well as SAT exams for UC and California State University students with less bias against disadvantaged students, said Michal Kurlaender, a UC Davis education professor who co-authored a March study on the question and made a presentation to a UC faculty group. Another advantage, she said, is that all students already take the Smarter Balanced test during school hours at state expense.

But The Gap is much the same. Here are the 2019 results from California on the Standard Balance test: It is unclear, however, whether student performance on Smarter Balanced would change if it turned into a high-stakes college admission test, and such a sea change in UC testing policy would require much advance planning.

In other words, Asians don’t prep much for this low-stakes test at present.

Other options include keeping standardized tests but controlling for the socioeconomic effects on scores. Zachary Bleemer, a research associate at UC Berkeley’s Center for Studies in Higher Education, said UC already effectively does that by admitting some less advantaged students with lower test scores than more advantaged peers.

Although California’s Proposition 209 banned the use of race or ethnicity in admissions decisions, schools may evaluate test scores in the context of other factors, including an applicant’s family income and high school quality. UC considers 14 factors in its admissions decisions.

Kurlaender’s study and several others have found that high school GPA is the single strongest predictor of college success with the lowest negative effect on students who are low-income, underrepresented minorities or the first in their families to attend college.

But some educators are wary that going test-optional would spark even more grade inflation as high school teachers could be pressured to award more As.