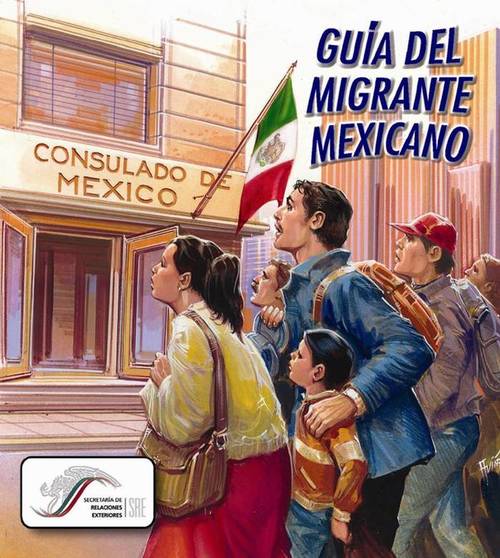 The Mexican diplomatic network in the U.S., which includes fifty (!) consulates, is the frontline of Mexico’s meddling in our immigration and naturalization policies.

On April 5th, an unexpected shakeup in that network was announced. A new ambassador has been selected.

Mexico's government on Tuesday [April 5] unexpectedly changed two of its top officials responsible for U.S. relations, citing concerns about an increasingly anti-Mexican climate across the border.

Hmm, what does this so-called “anti-Mexican climate” refer to ?  Could it possibly be the fact that Trump has put discussion of formerly taboo immigration topics on the front burner?

Carlos Sada, previously the consul in Los Angeles, was named ambassador to the United States while Paulo Carreno, one of President Enrique Pena Nieto's communications chiefs, was appointed the deputy foreign minister for North America. The new ambassador must still be approved by the Senate.

This means that Miguel Basanez, of whom I have written in previous articles(see here, here and here) is out, and Carlos Sada is in, as top Mexican ambassador in the United States.

Carlos Sada is a veteran Mexican diplomat and meddler. I’ve written about him too. Click here for my Carlos Sada file.

"We have been warning that our citizens have begun to feel a more hostile climate," Foreign Minister Claudia Ruiz Massieu told local radio after the announcement.

"This (anti-Mexican) rhetoric has made it clear that we have to act in a different way so that this tendency being generated doesn't damage the bilateral relationship," she added.

Mexican government officials have expressed concern about the rise of Republican presidential front-runner Donald Trump due to his repeated verbal attacks on Mexico, and his insistence that Mexico should be made to pay for a border wall.

Trump on Tuesday [April 5] threatened to block remittances from undocumented Mexican migrants if elected president unless the country pays billions for his planned wall.

Trump also called Ford's announcement that it would build more cars in Mexico "an absolute disgrace."

The Mexican elite is concerned about the Trump candidacy, that’s for sure.