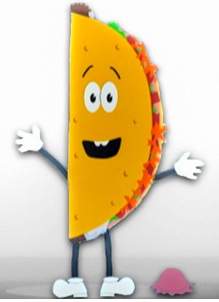 In the diverse city of Los Angeles, a free breakfast program is being launched for 267 of the school district’s poorest schools. The idea of government being the refrigerator of first resort has found great favor in Mexifornia, and the trend is growing as the economy remains tanked (with a double-digit state unemployment rate continuing since the crash).

The Los Angeles Unified School District is a window into present and future diversity, where only nine percent of the students are white and 73 percent are hispanic. Nearly 30 percent of students are classified as English learners in the LAUSD.

In the roll-out for the new freebie, Mayor Villaraigosa was in front of the cameras, perhaps seeking to burnish his sagging image after his unpopular policy of ending vehicle impounds for unlicensed drivers in the city. On Thursday, the John and Ken Show featured the subject of free food in California and the new program [LISTEN.] Reporter Jo Quan from KFI News attended the presser and asked “Isn’t it the parents’ responsibility to feed kids breakfast?”

Villaraigosa responded, “I can’t believe you asked the question, to be honest.”

The idea of parental responsibility is a head-scratcher in some quarters.

Quan further reported that the Food for Thought program will have a substantial federal funding component, despite most news stories defining it as totally private (discussed at around 8:00 in the audio above).

The LA Times article below was typically upbeat over a new social program, but let slip that 80 percent of LAUSD students come from low-income families. The local CBS reported that an estimated 553,000 students who are living in poverty (out of 694,288 students total in the district as of 2007-8) will be eligible for free breakfasts.

Apparently such a huge number of kids living in poverty in not worthy of comment by news organizations. But it is the predictable outcome of welcoming millions of poor illegal aliens from the third world for decades.

The joint effort of L.A. Unified and a fundraising group is aimed at boosting the share of students who eat the meal at school from 29% to 70%. Research has linked breakfast to higher academic performance.

Amayrany Reyes ignored the yogurt but gobbled up her strawberries and nibbled her blueberry muffin. Then the bright-eyed third-grader, sporting a pink bow in her long braid, delivered the verdict on breakfast in her Los Angeles classroom.

“Everything is good,” she said, adding that the food makes her feel more energetic.

More than 200,000 students in 267 schools will enjoy such breakfast benefits in the next year under a major initiative announced Thursday by the Los Angeles Unified School District and the L.A. Fund for Public Education, a fundraising group.

The “Food for Thought” program, which will take morning meals into the classroom rather than just the cafeteria, is aimed at boosting the share of students who eat school breakfast from 29% to 70%, according to David Binkle, the district’s food services deputy director.

Children from low-income families — who make up about 80% of L.A. Unified students — are less likely to eat breakfast, according to the California Food Policy Advocates. Some parents may not be able to afford the food; others may leave for work too early to make breakfast for their children.

Betty Carrillo, an East L.A. mother, said she has to leave for work at 5:30 a.m. and is never certain whether her older son feeds her younger one a nutritious breakfast.

Yet research has linked breakfast consumption to higher academic performance, fewer discipline problems, less obesity and reduced visits to school nurses for headaches and other ailments.

“Our mothers were right: Breakfast really is the most important meal of the day,” said Los Angeles Mayor Antonio Villaraigosa at the program’s kick-off event at Figueroa Street Elementary School in South Los Angeles.

Similar programs have been introduced in Chicago, Houston, San Diego, Detroit and Compton as a key strategy to feed breakfast to more children, especially those in poverty.

Sadale White, who comes to school early to help deliver the pre-packed breakfast kits and lay out paper trays and place mats, said his favorite treats are strawberries and other fresh fruits.

The school has quadrupled breakfast consumption from a quarter of the students to nearly all of them since rolling out the pilot program in January. Principal Tanya Stokes-Mack said the benefits were immediately noticeable: fewer absences, tardies and visits to the school nurse.

Although the school offered free- and reduced-price breakfasts before school, students who were late missed them and others preferred to spend the time playing rather than eating.

“Now it’s more of a classroom activity that students don’t want to be left out of,” Stokes-Mack said. “There’s a lot of camaraderie eating with your teacher and classmates.”

In high schools and some middle schools, the district plans to set up kiosks around campus with breakfast kits that students can grab and take into class. L.A. Unified hopes eventually to expand the program to 676 campuses serving more than 500,000 students in three years. Such an expansion could bring in an estimated $23.5 million annually in federal school meal reimbursements, Binkle said.

The program marks the first initiative by the L.A. Fund, launched last year by Deasy and Hollywood philanthropist Megan Chernin to raise $200 million over five years for local public schools. The foundation is providing about $200,000 to help develop nutrition education, train teachers in ways to provide it during the 10- to 15-minute breakfast period and work with vendors to improve food quality.

“It’s healthy, it’s good and it gives kids the boost they need in the morning,” Chernin said.

Nataly Escobar, 11, would agree. The classroom breakfasts are so good the fifth-grader said she gobbles them up even though she also eats eggs and toast at home before coming to school.