I want to expand on Steve Sailer's "Life In Libya" post below. Here's more of the story:

Three men turn a pet monkey loose on a schoolgirl, prompting retaliation that escalates into use of tanks and mortars 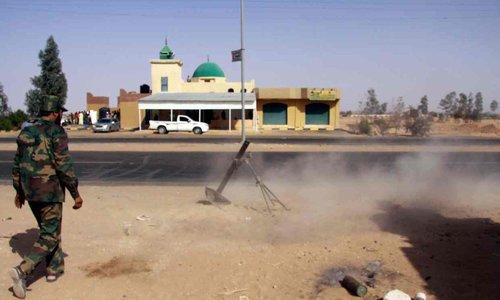 At least 16 people died and 50 were wounded in Libya in four days of clashes between rival factions that were reportedly sparked by a monkey.

According to residents and local media in the southern city of Sabha, the violence erupted between two tribes after three young men turned a pet monkey loose on a schoolgirl.

The animal pulled off one of the girls’ headscarves, prompting men from the Awlad Suleiman tribe to retaliate by killing three people from the Gaddadfa tribe as well as the monkey, according to a resident who spoke to Reuters.

City officials could not be reached to confirm the accounts.

“There was an escalation on the second and third days with the use of tanks, mortars and other heavy weapons,” the resident said. .

“There are still sporadic clashes and life is completely shut down in the areas where there has been fighting.“

That's what we've seen in Germany, and that's also what Hillary was planning for the US—after her "inevitable" election.