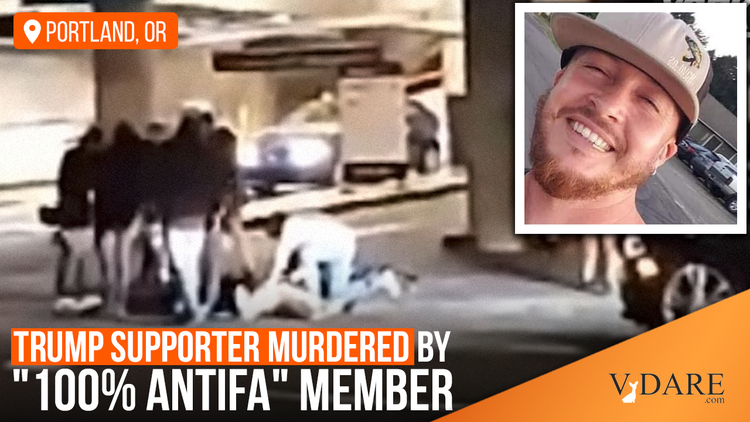 Leftists Want Us Dead...And Our Culture

They want to kill us. Literally. They want us dead.

"They" are extreme leftists who condemn sane patriots collectively as a hate group and damn us with the double-n word, "neo-Nazis."

Reports say a history professor at the University of Rhode Island sees nothing wrong with killing a fascist. The problem is: Extreme leftists have a very broad understanding of who may be identified as a fascist.

But what did professor Erik Loomis  [Email him ] actually say?

“[Reinoehl] killed a fascist. I see nothing wrong with it, at least from a moral perspective.” [Why Was Michael Reinoehl Killed? by Erik Loomis, Lawyers, Guns & Money, September 4, 2020]

The "fascist" murdered by Michael Reinoehl was Aaron “Jay” Danielson. Danielson was a member of the Patriot Prayer group, which supports Donald Trump. That, apparently, qualifies him as a fascist and worthy of death.

Danielson was gunned down on a street in Portland, Oregon, where he organized a caravan to support the president. The murder occurred August 29, 2020 and was video recorded. Days later Reinoehl, himself, was fatally shot by police when he resisted arrest.

Who else does Loomis consider fascists?

“The police is [sic] shot through with fascists from stem to stern,” he wrote. “They were openly working with the fascists in Portland, as they were in Kenosha which led to dead protestors.”

Seriously? Does Loomis consider it a capital offense to support President Trump or to be a police officer? So it seems.

This is not the first such rant from Loomis. In 2012 he posted "on Twitter that the NRA was "a terrorist organization" and demanded the CEO's "head on a stick."

"Head on a stick" seems to imply a death wish.

Consider the rhetoric of University of Rhode Island professor Erik Loomis. He teaches “U.S. environmental history, the Civil War, late 19th and early 20th century America, labor history, and the American West” in the university’s history department. Online, however, Loomis is a militantly unhinged foe of all things conservative.

“F*** the National Rifle Association and its policies to put crazy guns in everyone’s hands,” Loomis tweeted. “You are g**d*mn right we should politicize this tragedy. F*** the NRA. Wayne LaPierre should be in prison,” he spewed. “Can we define NRA membership dues as contributing to a terrorist organization?”

If all that wasn’t clear enough, Loomis also re-tweeted the following message from a fellow left-winger: “First f**ker to say the solution is for elementary school teachers to carry guns needs to get beaten to death.”

Not only do some far-left extremists want us dead, they also seem to be hell-bent on killing our culture.

The University of Rhode Island, where Loomis is employed, recently removed murals depicting America in the 1940s and 1950s.

“I have received complaints about the murals,” noted Kathy Collins [Email her] the university's Vice President of Student Affairs, “that portray a very homogeneous population predominately [sic] the persons painted and depicted on the wall are predominantly white and that does not represent who our institution is today.” 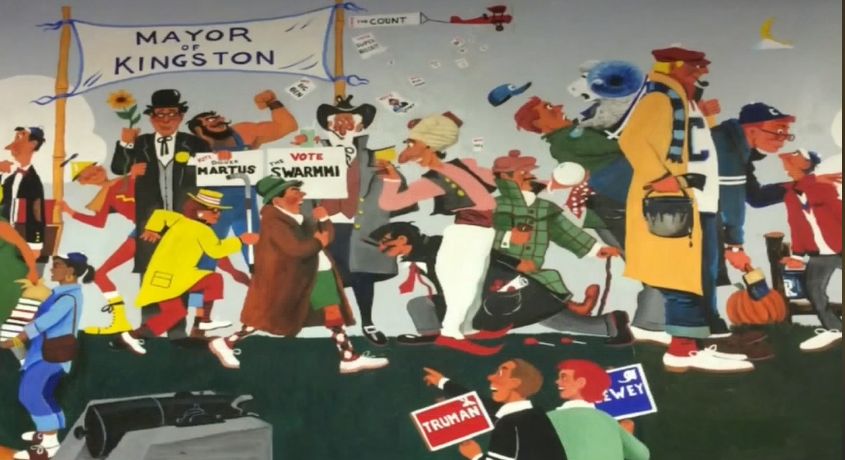 Who will we be tomorrow if the extremists have their way?