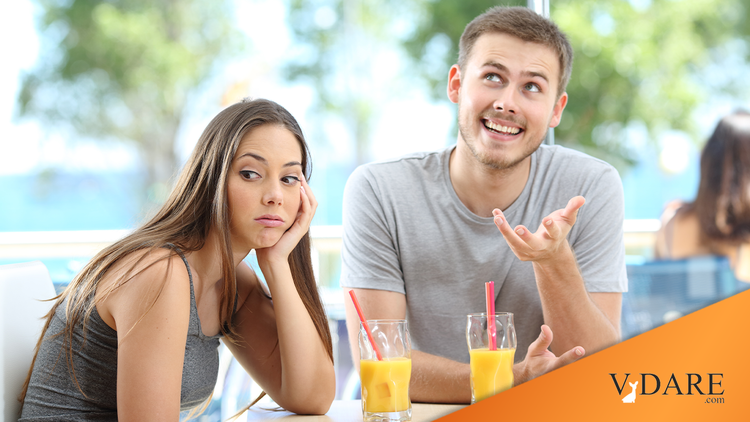 In Defense of Mansplaining

Why Are Men Still Explaining Things to Women?

Mansplaining illuminates a much deeper problem than the bore of patronizing monologues. “Entitled” author Kate Manne unpacks the phenomenon.

Mary Katharine Tramontana is a writer based in Berlin, covering culture and sexual politics.

Just remember, contract killers are based out of Philly, while freelance writers (especially the kind who use “unpack” a lot) are based in Berlin. But writers who are based in some place are seldom based.

…The portmanteau describes the act of a man’s unsolicited explaining, generally to a woman, something he thinks he knows more about than she does — occasionally at anesthetizing length — whether he knows anything or not.

Kate Manne, an associate professor of philosophy at Cornell University, explores the issue in a chapter of her new book, “Entitled: How Male Privilege Hurts Women.” On a recent call from her home in upstate New York, where she lives with her husband, their 8-month-old and a corgi, she unpacked the problem.

How did we arrive at the idea that men are the authorities of knowledge?

A Mansplaining may be recently named, but it’s most likely a phenomenon as old as time. Inherent in patriarchy is men’s entitlement to all valuable human goods: things like love, care, adoration, sex, power — and knowledge. When it comes to knowledge, especially of a prestigious sort, the idea that men have a prior claim to it is as venerable as the patriarchy itself. Sometimes it’s connected to the idea that women are incapable of being authority figures. In “Politics,” for example, Aristotle wrote: “The slave is wholly lacking the deliberative element; the female has it but it lacks authority.”

But the essence of mansplaining is for a man to share his knowledge with a woman.

There are plenty of cultures where men are supposed to keep secret the male knowledge that can only be spoken of in the big Men’s Only hut.

The most technologically advanced cultures tend to be ones in which men assume that women want to know all about whatever arcane technical topic the man has mastered.

Of course, the male sex does, on the whole, know more different facts than the female sex. Look at the huge sex disparity in volunteer Wikipedia editors. Men tend to be more specialist, women more generalist.

Many men who mansplain at length bore a woman who would rather he be saying sweet nothings about her. But men who aren’t very adept at telling women what they want to hear tend to make more faithful husbands.

Also, there is, as always, intrasexual competition. Women who wind up with the best boyfriends tend to say to themselves, “OK, I’m not interested in what he wants to explain to me … but would other men find him interesting and authoritative on this topic? I’ll listen and figure out if he would impress men.”