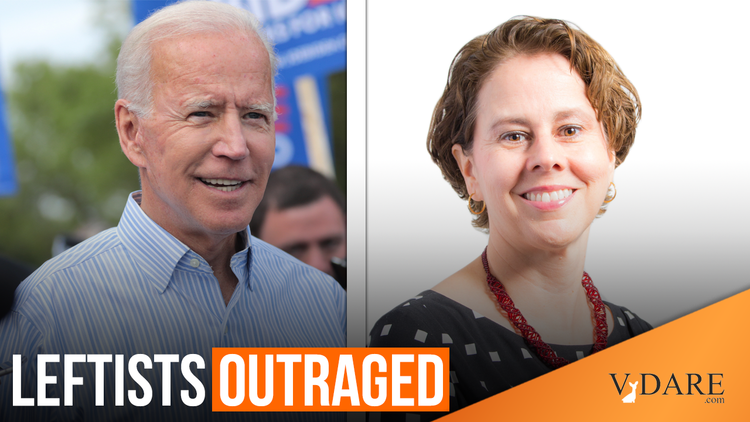 Previously: Convention Conundrum: Democrats Want To Dodge Immigration Bullet. But Why Is GOP Helping Them?

These Leftists claim Munoz helped the deportation of illegal immigrants and did little to advance immigrant interests. “If Biden wins, no one from the Obama administration should be allowed to touch the immigration policy portfolio,” Pablo Manríquez, a former Democratic National Committee spokesman, is quoted telling The Hill. “Cecilia Muñoz is the one person besides [Trump White House aide] Stephen Miller who has spent years of her public service dedicated to the smooth execution of mass deportation policy at the West Wing level.” (Links added)

Obama’s deportations were a ruse to give cover to RINOs who wanted to back his Amnesty scheme. Deportations significantly declined after the Gang of Eight Amnesty failed in 2013 [Obama deported more people than Trump but context is everything, by Zachary B. Wolf, CNN, July 13, 2019].

The anger indicates how far to the Left the Democrats have moved on immigration (and how emotional they have become). In fact, of course, Barack Obama wanted to give Amnesty to all illegal aliens and tried to legalize many of them through Executive Orders. Yet his administration deporting some criminal aliens is too much for ethnic boosters to stomach.

Significantly, and ominously, Biden has tried to distance himself from Obama on immigration, saying the former president’s deportations were a “big mistake” and that he would be kinder to illegal aliens [Joe Biden fights skepticism with a simple immigration message: I’m not Trump or Obama, by Jenna Johnson, Washington Post, May 19, 2020].

But the Left’s anger at Munoz reveals its continuing and complete opposition to basic immigration enforcement. America should expect no deportations under a Biden administration.