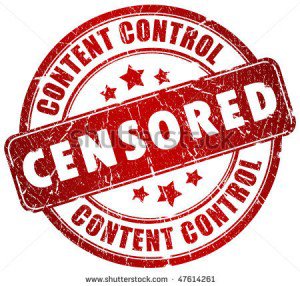 Alas, I spoke too soon in  REDSTATE Represses Daniel Horowitz: Too Effective Against Amnesty And GOP/AdelZuck Establishment?  July 24, 2014 when I suggested this would make the blog of Horowitz’s home base The Madison Project more important for Patriots than RedState. After a burst of activity which I commended in Daniel Horowitz Posts 3 Great Border Dissolution Essays: Ex-Employer REDSTATE Is AWOL August 1st 2014 silence fell.

Now I see Horowitz has been removed from the Madison Project’s “About Us” page and on his Twitter page, where he remains active, he describes himself as “former Policy Director madisonproject.com”.

I was right about RedState though. After a self congratulatory guest column by Congresscritter Marsha Blackburn on August 6th there has been absolutely no mention of the Obamacrat No Borders policy or the upcoming Administrative Amnesty coup d’état. Plenty of discussion of the Middle East though.

So this exceptionally able patriotic polemicist, who seemed to me to be a possible replacement for the late desperately missed Larry Auster, has been silenced in the most critical summer for America since 1968 - perhaps even 1944.

Why at such a time would such an able and energetic writer be dropped? It is obvious what happened: a Large Donor riot has forced or tempted his employers to jettison Horowitz, just like they have bought the Primaries, suppressed the Grassroots, and (I suspect) have bought GOP Establishment acquiescence in Administrative Amnesty.

In an even moderately balanced world, some wealthy patriot would come forward with funding to enable us to offer the Derbyshired or Richwined Horowitz a base.  But in 21st Century America that only happens for Traitors.