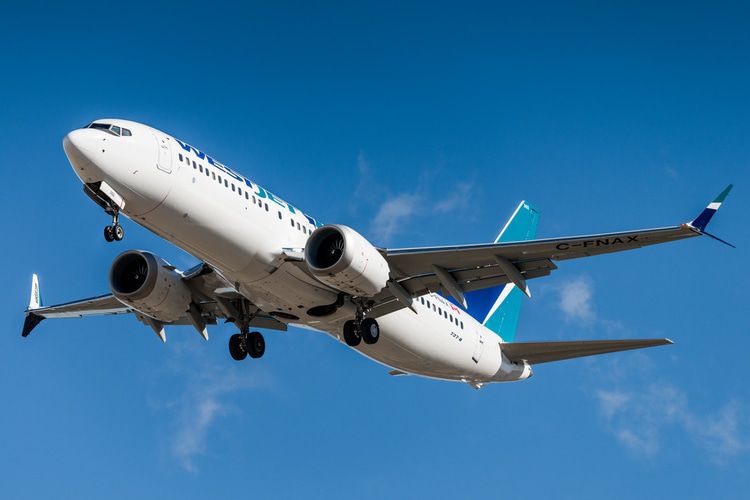 Langewiesche: "What Really Brought Down the Boeing 737 Max?"

What Really Brought Down the Boeing 737 Max?
Malfunctions caused two deadly crashes. But an industry that puts unprepared pilots in the cockpit is just as guilty.

Langewiesche is probably America’s most distinguished literary journalist on the subject of piloting.

BTW, Wolfgang’s father, William Langewiesche wrote one of the seminal works of airmanship back in 1954. It’s called Stick and Rudder.

“Airmanship” is an anachronistic word, but it is applied without prejudice to women as well as men. Its full meaning is difficult to convey. It includes a visceral sense of navigation, an operational understanding of weather and weather information, the ability to form mental maps of traffic flows, fluency in the nuance of radio communications and, especially, a deep appreciation for the interplay between energy, inertia and wings. Airplanes are living things. The best pilots do not sit in cockpits so much as strap them on. The United States Navy manages to instill a sense of this in its fledgling fighter pilots by ramming them through rigorous classroom instruction and then requiring them to fly at bank angles without limits, including upside down. The same cannot be expected of airline pilots who never fly solo and whose entire experience consists of catering to passengers who flinch in mild turbulence, refer to “air pockets” in cocktail conversation and think they are near death if bank angles exceed 30 degrees. The problem exists for many American and European pilots, too. Unless they make extraordinary efforts — for instance, going out to fly aerobatics, fly sailplanes or wander among the airstrips of backcountry Idaho — they may never develop true airmanship no matter the length of their careers. The worst of them are intimidated by their airplanes and remain so until they retire or die. It is unfortunate that those who die in cockpits tend to take their passengers with them.

The fact that Third World airline pilots lack the airmanship of US Navy aircraft carrier pilots is unsurprising. Perhaps Boeing should have taken that into consideration?

The 737-MAX kept the ancient 737 brand name to convince airlines that they wouldn’t have to invest in a lot of retraining of their pilots. But the 737-MAX is actually a rather new airplane. To accommodate the huge new fanjets that improve on miles per gallon of fuel, the wings had to be raised, which changes how the plane flies from previous 737s. Boeing figured they could use clever software to get around these issues, but sometimes the software and hardware interact to screw up.

This appears to have happened a few times to American pilots, but our guys managed to turn off the system and save the plane. Keep in mind though that American airline pilots are really good, especially after a crash in the 2000s in Ohio involving a commuter airline with near-minimum wage pilots.

Nobody flies more than Congressmen, so Congress responded by passing a law requiring new airline pilots to have a huge amount of experience. This means that to become an airline pilot in recent years, you need to be, most likely, either an ex-military pilot or a flight instructor. The latter tend to have a lot of experience with near-emergencies in which they have to take over from their inept clients, which is good training for flying the 737-MAX.

The unhappy customer reviews on Edmunds of the newly redesigned 2019 Toyota RAV4 crossover semi-SUV, one of America’s top-selling vehicles, are slightly reminiscent of the story of the 737-MAX, although, fortunately, less tragic.

The latest version of the RAV4 was introduced in the U.S. a little under a year ago. It has a lot of very clever software and hardware systems intended to improve gas mileage.

But many customers, often Toyota loyalists who have bought several earlier RAV4s, appear to be driven to distraction by unexpected responses introduced by these innovations that their Toyota dealership salesman never told them about.

Granted, Toyota dealerships aren’t as bad as they used to be. (In John Updike’s award-winning 1981 novel Rabbit Is Rich, small-town jock screw-up Rabbit Angstrom has lucked into a deal — inheriting his father-in-law’s Toyota dealership — that even Rabbit can’t screw up. That’s because to get into the American market in the 1960s, Toyota, the first Japanese car to sell in the U.S., had to sign contracts granting American car dealers a perpetual right to sell Toyotas no matter how badly they treated customers. Toyota has expensively bought back most of those contracts by now.) Still, car salesmen tend not to be prime performers at explaining trade-offs and work-arounds to customers.

For instance, the new higher-end all-wheel-drive systems on the RAV4 seem to make a sound like a cow mooing at around 22 mph as the rear wheel drive is disengaged to save gas. The older, simpler Toyotas didn’t do this. But then they didn’t get quite as good fuel economy.

Similarly, a lot of the complaints from customers about the transmission dawdling while they are making scary left turns seem to come from drivers unaware that they have the car in gas-saving “eco” mode, and that they would instead be less terrified in “regular” or “sport” modes.

Likewise, complaints about the car jerking while they make a slow rolling right turn seem to stem from the gas-saving gizmo that turns off the engine at stoplights, which also contributes to complaints about the engine not responding the absolute instant they step on the gas. Drivers can turn off this feature, but nobody told them this.

This appears to be a general trend where, in the interest of saving energy and reducing carbon emissions, high IQ engineers design clever systems that work well most of the time, but every so often require non-high IQ pilots and drivers to override the defaults, which doesn’t always happen.