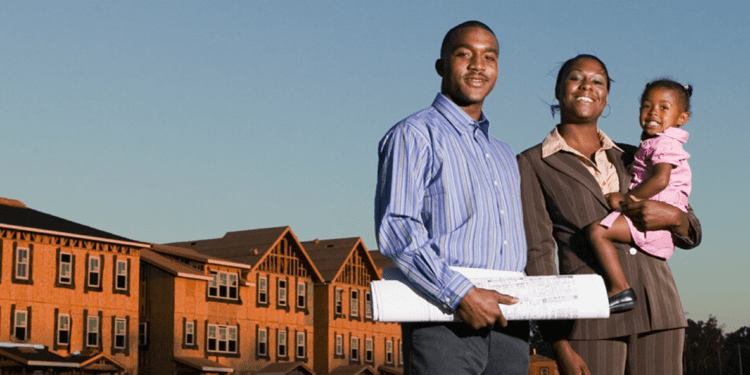 … Ms. Warren and Senator Kamala Harris of California both used the occasion — the annual culture and music festival sponsored by Essence magazine, which caters to black women — to introduce major new proposals intended to address racial disparities, including in wealth and homeownership. …

Ms. Harris announced a plan aimed at reducing the racial gap in homeownership, including $100 billion to help black families and individuals buy homes in historically redlined communities, where banks systematically denied them loans. The money would help cover down payments and closing costs for up to four million families or individuals, providing home buyers with up to $25,000 each. …

This is much like George W. Bush’s October 15, 2002 White House Conference on Increasing Minority Homeownership, in which the President told his federal regulators that outdated, discriminatory traditional credit norms like down payments and income documentation were standing in the way of blacks and Latinos getting their fair share of the American Dream, so he demanded 5.5 million incremental black/Hispanic homeowners by 2010.

Whatever happened after that? I vaguely recall that there rather large consequences, that were in all the papers for awhile, but lately nobody seems to remember the events of the previous decade, so here we are again with Kamala and Liz launching their Increasing Minority Homeownership 2.0 plans.

Ms. Harris also called for stronger laws against housing discrimination; for more funding for financial literacy education; and for major changes in the calculation of credit scores, which lenders use to determine interest rates and eligibility for loans.

Currently, credit scores are based on payment history for things like credit cards, auto loans and mortgages, which many people of color don’t have. Ms. Harris’s plan would require credit reporting agencies to include rent, phone bill and utility payments in their calculations as well.

Every year, the federal government awards $500 billion in contracts to companies that, altogether, employ about a quarter of the country’s workers. Ms. Warren’s plan, which she released on Friday and described to the audience on Saturday, calls for an executive order that would require the recipients of those contracts to diversify their workforces, and pay women and people of color equally.

… Under her proposed executive order, contractors would be barred from asking about past salaries and criminal records, and from using forced arbitration and noncompete clauses. Another component of the plan is meant to diversify the federal government’s own work force.

Ms. Warren also called for a $7 billion federal fund to invest in businesses owned by people of color and women, noting — as Mr. Booker did, too — that it is far easier for white Americans to start a small business than for black Americans, who receive a tiny fraction of the country’s venture capital.

It’s also far easier for nonwhite immigrants to start a small business than for white Americans due to Korean and Indian immigrants getting “minority development” low interest loans and racial preferences on government contracting. Maybe blacks would be interested in withdrawing those privileges from immigrants?

“We start to close the gap,” she said, “by using the power that the president herself will have.” At the word “herself,” the audience broke into applause. …

Among other things, Mr. O’Rourke is proposing forgiving public school teachers’ student loan debt, providing more funding for historically black colleges and universities, and creating a $500 billion fund for school districts where a majority of students are people of color.