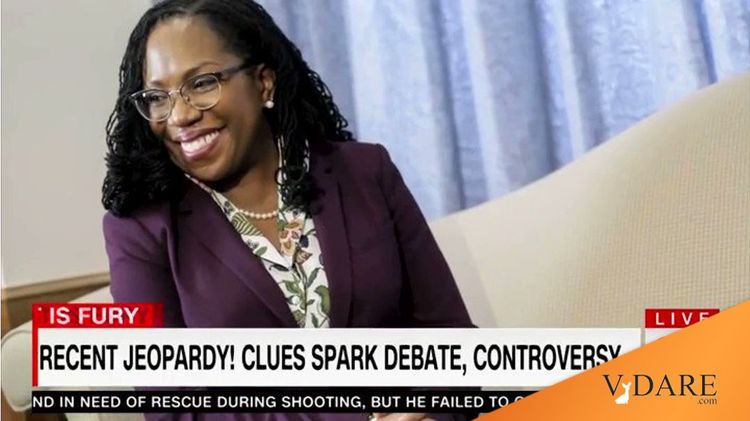 Better to be one of the three Jeopardy contestants who are collectively castigated for saying nothing than the lone loser who pipes up and then goes viral for trying to remember “Ketanji Brown Jackson” but instead comes up with: “Who is Kamala Black Johnson?”

Also, in the latest skirmish of World War Hair, 58-year-old Michelle Obama announces, while wearing $2,400 worth of 30-inch- long Hindu hair extensions, that as First Lady many years ago she really wanted to wear a ‘fro, but America just wasn’t ready for that.