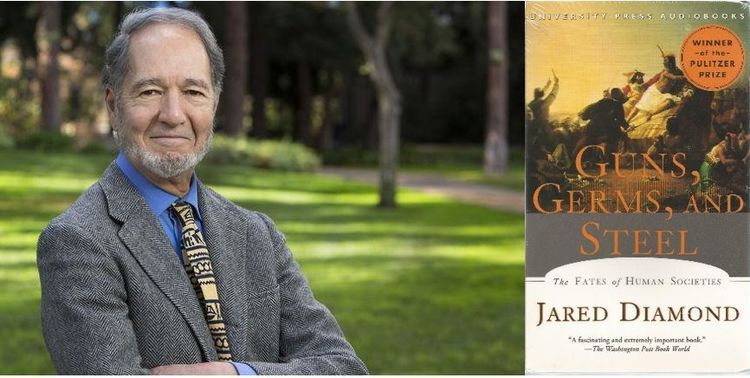 Jared Diamond: Life Is Full Of Interest In The New Guinea Highlands

Winston Churchill learned in 1897 while fighting the feuding Pathan tribesmen of what's now the Pakistan-Afghanistan border:

"Every family cultivates its vendetta; every clan, its feud. The numerous tribes and combination of tribes all have their accounts to settle with one another. Nothing is ever forgotten and very few debts are left unpaid… The life of the Pathan is thus full of interest…"

Now Jared Diamond has published in The New Yorker an account of a tribal feud among New Guinea highlanders based on his native chauffeur's old war stories. It's an interesting description of the logic of violence when there's no state with a monopoly on force to put an end to squabbling.

The uncle of Diamond's pal was killed in battle by another tribe in 1992, so honor demanded that his nephew avenge it. The young tribesmen spent three years organizing his revenge, which involved expensive diplomacy with many other tribes to borrow their warriors, six battles, and thirty deaths before vengeance was finally his.

Granted, that just meant the ball was now in the other tribe's court to get revenge on him, but at least it gives the men something to do with their days while their women are out working in the fields.

These are the people that Diamond theorized in his bestselling Guns, Germs, and Steel

must have higher intelligence than Westerners because they are under more intense selection pressure by their environment. As Diamond wrote in the Prologue of his Pulitzer Prize-winner:

"My perspective on this controversy comes from 33 years of working with New Guineans in their own intact societies. From the very beginning of my work with New Guineans, they impressed me as being on the average more intelligent, more alert, more expressive, and more interested in things and people around them than the average European or American is. At some tasks that one might reasonably suppose to reflect aspects of brain function, such as the ability to form a mental map of unfamiliar surroundings, they appear considerably more adept than Westerners. Of course, New Guineans tend to perform poorly at tasks that Westerners have been trained to perform since childhood and that New Guineans have not. Hence when unschooled New Guineans from remote villages visit towns, they look stupid to Westerners. Conversely, I am constantly aware of how stupid I look to New Guineans when I'm with them in the jungle, displaying my incompetence at simple tasks (such as following a jungle trail or erecting a shelter) at which New Guineans have been trained since childhood and I have not.

It's easy to recognize two reasons why my impression that New Guineans are smarter than Westerners may be correct. First, Europeans have for thousands of years been living in densely populated societies with central governments, police, and judiciaries. In those societies, infectious epidemic diseases of dense populations (such as smallpox) were historically the major cause of death, while murders were relatively uncommon and a state of war was the exception rather than the rule. Most Europeans who escaped fatal infections also escaped other potential causes of death and proceeded to pass on their genes. Today, most live-born Western infants survive fatal infections as well and reproduce themselves, regardless of their intelligence and the genes they bear. In contrast, New Guineans have been living in societies where human numbers were too low for epidemic diseases of dense populations to evolve. Instead, traditional New Guineans suffered high mortality from murder, chronic tribal warfare, accidents, and problems in procuring food.

Intelligent people are likelier than less intelligent ones to escape those causes of high mortality in traditional New Guinea societies. However, the differential mortality from epidemic diseases in traditional European societies had little to do with intelligence, and instead involved genetic resistance dependent on details of body chemistry. For example, people with blood group B or O have a greater resistance to smallpox than do people with blood group A. That is, natural selection promoting genes for intelligence has probably been far more ruthless in New Guinea than in more densely populated, politically complex societies, where natural selection for body chemistry was instead more potent.

After this introduction, Jared spends hundreds of pages explaining how it's totally racist to think that there could possibly be IQ differences! The distribution of power and accomplishment in the modern world is all due to geographical differences between the continents! But, as I gently chided in my review of his book in National Review in 1997,

"Diamond makes environmental differences seem so compelling that it's hard to believe that humans would not become somewhat adapted to their homelands through natural selection."

But exactly what kind of Darwinian selection pressure does constant feuding impose? Diamond's buddy, as the survivor of the feud, is presumably good at feuding, but he's not exactly James Clerk Maxwell. Everybody in Diamond's story seems content to play the game by the old rules, over and over again, with nobody trying to change the rules by technological or political innovations. Even the European tradition of dueling, which strikes us as pretty stupid today, but which served to isolate feuds among two individuals, allowing honor to be satisfied without the extended families being dragged in, seems to have proved beyond the New Guineans.

I suspect that female farming cultures like New Guinea and Africa, where the men spend their ample leisure hours competing to be Big Men, selects for Big Men traits, Machiavellian skills at manipulating others into fighting your battles. (Of course, Machiavelli was hardly the first Machiavellian. What he brought was the power of abstraction to coherently explain the rules of the game of power that so many Big Men had intuitively grasped before him.)

What these kind of female farming economies where the women do most of the work select for is not the nerd traits that are crucial to technological advancement. Perhaps the need to survive winter selects for nerdish genes that are good at technology, which can then be used for creating better weapons.

It's not exactly clear from Diamond's account what kind of battles took place. There seem to be "public" battles where young men show off in front of their fans just barely in range of the other side's arrows, and more serious "stealth" battles, which sound more like Mafioso rub-outs—ambushes and massacres—than the Battle of Gettysburg. The idea of the Waterloo-like "decisive battle," where armies line up and march shoulder to shoulder toward each other strikes most peoples down through history as nuts. Indeed, the whole idea of a "fair fight" strikes most peoples as nuts.