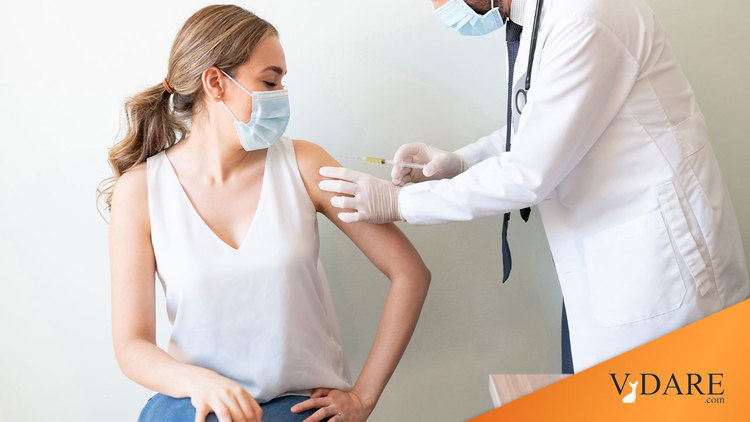 With half the population being at least partly vaccinated, the last five weeks, after a worrisome rise in new cases in early spring, have seen a very steady nationwide fall in new coronavirus cases.

We know with some accuracy that 49% of everybody (including children) has gotten at least one shot. What we don’t seem to know terribly well are three other percentages:

What percentage of Americans have already been infected? (There are 33 million official cases, or 10% of the population, but surely there have been more cases than that because tests were in short supply for a number of months. Plus many people who had mild cases probably weren’t tested.)

What percentage of the vaccinated have also been infected? How much overlap is there between people who have been both infected and vaccinated?

How high is the herd immunity point?

I would have thought that these figures would be tracked and estimated avidly, but … no.