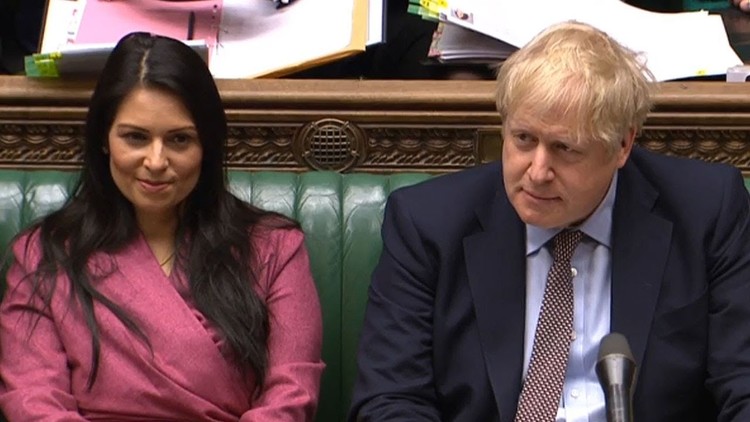 Is Boris Johnson's Home Secretary Priti "Daughter Of Refugees" Patel Likely To Do Anything To Stop The Invasion Of Britain?

Britain’s Border Force is “little more than a taxi service for illegal migrants,” a Conservative MP said on Monday, as he urged the government to take action to put an end to the “horrible trade” of people smuggling.

Asking in the House of Commons what the Home Office is doing to tackle human smuggling, Sir Edward Leigh said…

“… will the minister assure me that he will use his powers under the 1971 Immigration Act to arrest all illegal immigrants, put them in detention, prosecute them, imprison them, and deport them so that we can stop this horrible trade dead in its tracks?”

The answer to this (being translated) was No. The junior Minister being addressed mumbled about “prosecuting the facilitators” (who are rarely caught) and increasing illegal immigration penalties (although as Sir Edward stressed the existing powers if used are ample).

There is a lot to be said about this.

And do not forget: exactly the same thing is being implemented here. See Trump Right—Biden’s Immigration Moves Show He Doesn’t Want America To Be A Nation At All.