DUNKIRK: “People Should Be Hung From Lampposts, They Should Be Burned Alive, For What They’ve Done To Britain” 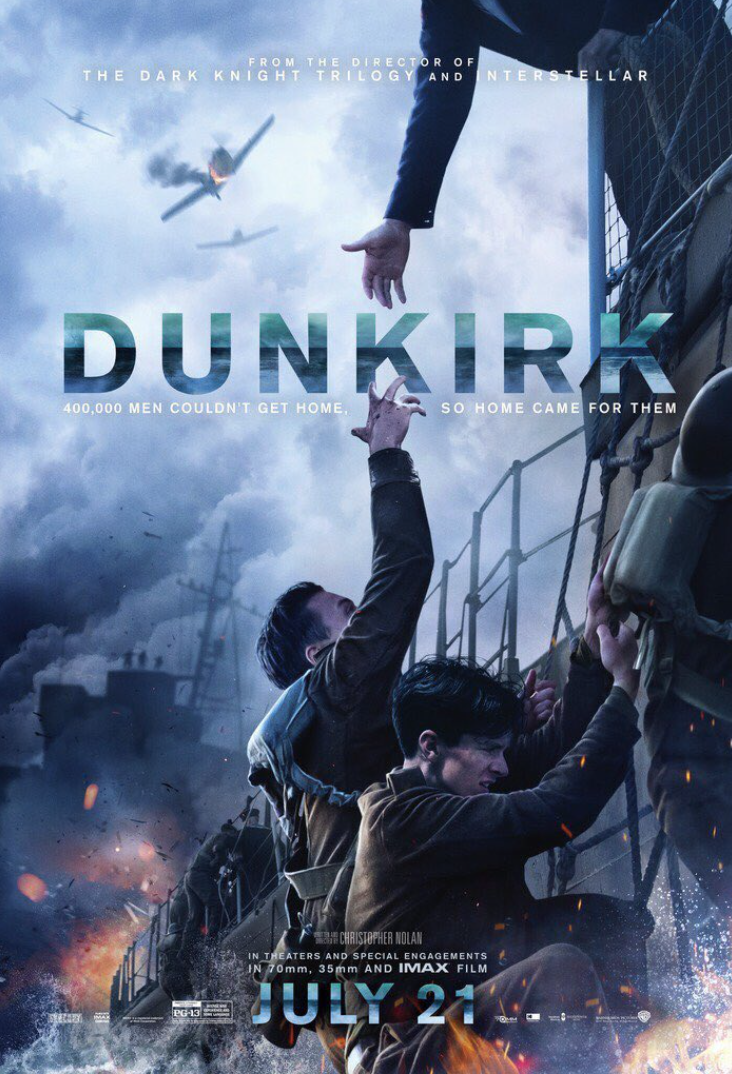 So I went to see this movie DUNKIRK at the urging of James Kirkpatrick, VDARE.com’s lead tweetmeister and our ambassador to popular culture. In the process, I made the interesting discovery that my young Texan wife had never heard of Dunkirk. For me, it brought flocking back a host of memories and emotions sternly repressed since I left Britain for U.S. in 1970. Chief among them now: lethal rage.

If you grew up in Britain in the 1950s, as John Derbyshire and I did, the myth of the Dunkirk evacuation—using “myth” in its affirming and sustaining sense—was everywhere. I remember reading illustrated stories about it in children’s comics when I was about Felicity’s age (now 6).

Of course, the British were wrong to believe this was the decisive turning point in World War II—there were, as we are incessantly reminded, far bigger battles on the Eastern Front. But it was pretty decisive for Britain: the loss (or, politically even more awkward, capture) of the 200,000-plus U.K. troops retrieved from the beaches after being cut off by the German panzers would have been devastating, perhaps fatal, for a country that could field only ten infantry divisions in 1939. As it was, casualties were very heavy—one of many arresting points made by Dunkirk is how terrifyingly quickly combat-damaged ships can sink. Moreover, Dunkirk was in a real sense a people’s battle. Some 700 civilian craft were recruited to get the men off the beaches and (as the movie recounts) their owners sometimes went with them. When my father took charge of the municipal-socialist public transport operation in Birkenhead in the 1960s, he had Mersey ferrymen who had gone. It was an intense popular effort and it struck deep personal roots.

Although aimed at a mass audience, Dunkirk is a very sophisticated movie and a remarkable technical achievement by writer-producer director Christopher Nolan. It’s also a political achievement. Nolan’s subject is one of the Anglosphere’s great patriotic epics and thus ripe for anti-West snark, but it has actually been well received by the Leftist cultural Establishment e.g.

Nolan seems to have flown under the radar, partly by eliminating virtually all dialog and hence minimizing the chance of jarring Politically Correct sensibilities. 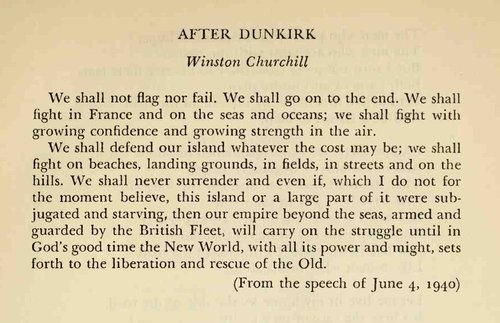 Even Churchill’s sacralized “We shall fight on the beaches” June 4 oration announcing the evacuation to the House of Commons, hearing which was so much an inescapable part of growing up in England in the 1950s, like listening to Kathleen Ferrier, that I could recite it from memory and never without a thrill, appears here only as haltingly read, from a newspaper, by an exhausted, wondering survivor as his train finally reaches London.

But Nolan’s achievement goes far beyond avoiding trouble. Quietly, possibly inadvertently, he has made a movie that celebrates national identity.

He does this simply by showing a real nation in action. USA Today’s reviewer Brian Truit has been beaten up for observing that “the fact that there are only a couple of women and no lead actors of color may rub some the wrong way”.  [Review: Christopher Nolan's 'Dunkirk' examines WWII heroism up close, July 17, 2017] This is a little unfair: as Steve Sailer recently pointed out, director Tim Burton was indeed attacked for not including people of color in a movie set on a Welsh island in World War II, although as late as 1951 the proportion of “visible minorities” in Britain was just 0.19% (!). And the 2007 movie Atonement did prominently insert a wholly fictitious black soldier into its famous five-minute continuous tracking shot of the scene at Dunkirk. [Presenting the Black Past—How History Must Change The Media, by Miranda Kaufman, MirandaKaufman.com, November 14, 2013]

But the British army in Nolan’s Dunkirk is totally, completely and stunningly white.

(One of the “couple of women,” a nurse, is unsparingly shown, in a horrible below-decks underwater shot, dying an Equal Opportunity death by drowning after her hospital ship is torpedoed. Is this an implicit criticism of putting women in the front line?)

The result of this homogeneity, as the Chicago Tribune’s John Kass wrote in a brilliant column:

The star of "Dunkirk" is the character of the British people at that time, in the worst days of the war, long before America joined in, when the British Expeditionary Force was humiliated in Europe and almost destroyed.

And so it is a movie about a people of a certain time, a people who knew who they were, a people who firmly understood their culture and their obligations to it, and to their nation, and to each other.

I am old enough to remember that Britain. And it looks like Christopher Nolan, born in 1970 in London to a British father and an American mother, caught some sense of it too.

One small sign: Nolan has the British troops standing in orderly, quiet queues (= lines in American), waiting to be taken off. This is apparently what happened at Dunkirk. The British of that era were very good at queuing.  Significantly, the working class was best at it. It used to irritate my father that everyone would queue for his buses except in affluent areas, where people would just stand around and block the pavement (=sidewalk in American). “They think they’re too good to queue,” he said. Social rot in Britain started from the top.

(Nolan also has his troops being handed slices of bread and jam by rescue workers. Known in the North of England as “jam butties,” these were also omnipresent when I was a child. Reportedly, they’ve died out, along with so much else).

So is it inadvertent? Does Nolan realize what he’s done? It’s very hard to believe that anyone with deviant political views could hide them well enough to survive in Hollywood. Nolan does seem generally to avoid political statements, not typical of Leftists, but he reportedly donated to Obama in 2012 [The Religious And Political Views of Christopher Nolan, by Caitlin Frye, Hollowverse.com, November 25, 2012]. Still, it is a curious fact that his The Dark Knight Rises, last in a Batman trilogy, was seen as “fascist” by Left [“The Dark Knight Rises”: Christopher Nolan’s evil masterpiece, by Andrew O’Hehir, Salon, July 18, 2012] and Right [The Dark Right Rises:Christopher Nolan as Fascist Filmmaker?, by Gregory Hood and Luke Gordon, Counter-Currents, December 7, 2012] alike. The villain Bane has emerged as a sort of Alt-Right antihero—and Donald Trump (known to be a fan of The Dark Knight Rises) is widely believed to have offered him an homage [Donald Trump's Inauguration Speech Borrows Line from Batman Villain Bane, by Aaron Couch, Hollywood Reporter, January 20, 2017).

But the real reason that Dunkirk’s inconveniently honest portrayal of Britain and its army in 1940 is so stunning: successive British governments have, in the twinkling of an eye (to quote Handel’s Messiah)  utterly destroyed that world through immigration policy. Incredibly, whites—that is to say, the British—are projected to go into a minority, in a land they have exclusively occupied for millennia, not long after the same event is estimated to occur in the U.S. [RIP this Britain: With academic objectivity, Oxford Professor and population expert DAVID COLEMAN says white Britons could be in the minority by the 2060s - or sooner, by David Coleman, Daily Mail, May 28, 2016].

In 2009, Nicholas Pringle published The Unknown Warriors, a book of interviews with 150 of what in America is called the “Greatest Generation”—those who fought and lived through World War II: 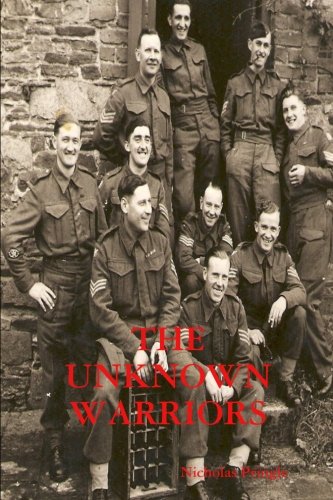 Sarah Robinson was just a teenager when World War II broke out.

She endured the Blitz, watching for fires during Luftwaffe air raids armed with a bucket of sand.

Often she would walk ten miles home from work in the blackout, with bombs falling around her.

As soon as she turned 18, she joined the Royal Navy to do her bit for the war effort.

Hers was a small part in a huge, history-making enterprise, and her contribution epitomises her generation's sense of service and sacrifice.

Nearly 400,000 Britons died. Millions more were scarred by the experience, physically and mentally.

But was it worth it? Her answer—and the answer of many of her contemporaries, now in their 80s and 90s—is a resounding No.

Immigration tops the list of complaints…Many writers are bewildered and overwhelmed by a multicultural Britain that, they say bitterly, they were never consulted about nor feel comfortable with.

'This isn't the Britain we fought for,' say the 'unknown warriors' of WWII, by Tony Rennell, London Daily Mail, November 21, 2009. Link added.

In 1940, my father, already in the British Army in which he was to spend 6½ years, was stationed on the English Channel at Folkstone, looking right at Dunkirk. Years later, reading about the German plans for Operation Sea Lion, the invasion of England, I realized he was right where paratroopers were to land and asked him what kind of resistance his unit would have been able to mount.

He said: “They would have had to give us rifles.”

The Germans never came—but Britain was invaded anyway. By 1990, when my father died, he was bitterly in agreement with Pringle’s interviewees: it wasn’t worth it.

My considered reaction to Dunkirk: People should be hung from lampposts—they should be burned alive—for what they’ve done to Britain.

God send, if only for the sake of my three little daughters, born almost exactly 100 years after my father, that America can be saved from this terrible fate.