In Etan Patz Case, IQ Once Again Prevents Conviction—So Why Is It STILL Supposed To Be Irrelevant In Hiring? 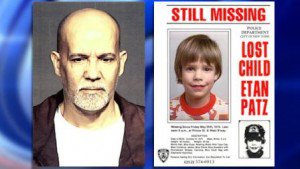 Why do liberals always tell us IQ doesn't matter, but always cite IQ deficit when they want to get a murderer off the hook?

Here is yet another: Pedro Hernandez, the former bodega worker who confessed to kidnapping and murdering 6-year-old Etan Patz in 1979 is too stupid and/or crazy to know whether he committed the crime.[ Mistrial in case of Etan Patz, among first 'milk carton' missing children, By Ray Sanchez, CNN, May 8, 2015]

Maybe that's true, but if IQ matters enough to cast doubt on a murder conviction, certainly it ought to cast doubt on the affirmative action policies that place those of low IQ into positions in which they cannot possibly find success.