In Coronavirus Crisis, Trump Should Tax Remittances To China By Executive Order

The current financial crisis is caused by the China Virus, a disease that comes from overseas. Who's going to pay for it? Well,  one suggestion is to try to make the Chinese help pay for it, with a tax on remittances.

The Pew Research Center has an estimate of how much money flows out of the country in remittances:

Worldwide, an estimated $625 billion (USD) was sent by migrants to individuals in their home countries in 2017, a 7% increase from 2016, when the amount was $586 billion, according to economists at the World Bank. This increase follows two consecutive years of decline.

Mexico is tops in remittances, with $30 billion, much of it from illegals, but China is number two, with $16 billion. This is a screenshot from Pew's interactive map. 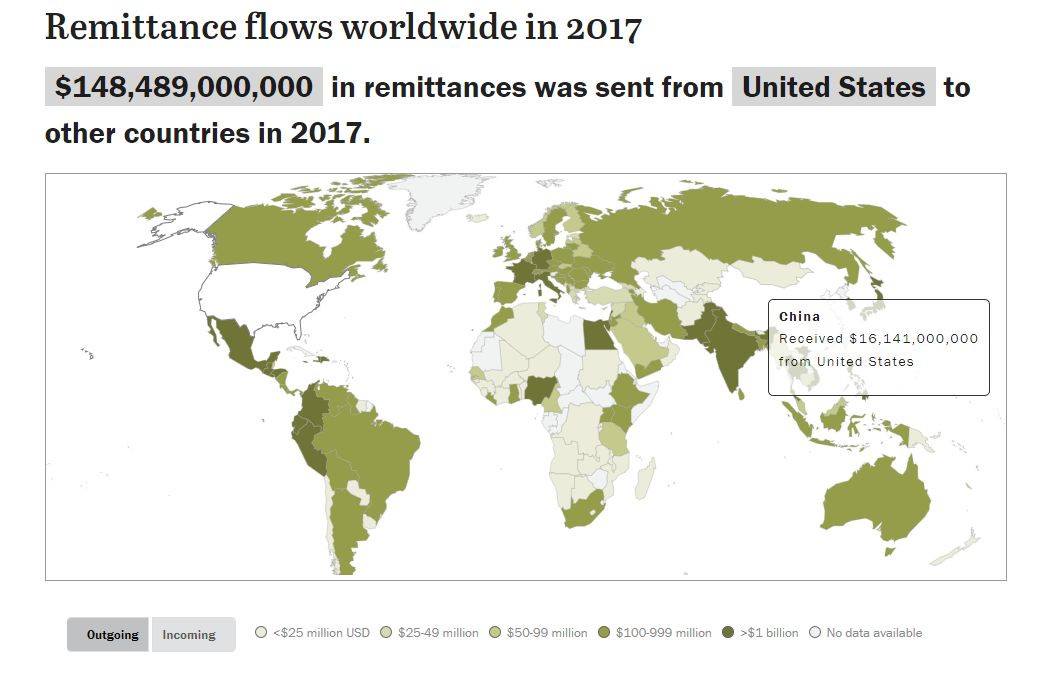 The actual payment will come when Congress enacts tariffs and various kinds of protection for US industry.