Senator Tom Cotton: America Must Re-evaluate Its Relationship with China

Unlike Russia, Red China actually represents a long term threat to America. It’s bad enough that the Chinese have been stealing American technology for years, but now we are learning of their malfeasance in the current coronavirus event.

Curiously, the disease first showed up near China’s leading bioresearch lab which is located in Wuhan, followed quickly by directions from President Xi to increase biosecurity at similar facilities.

Red China hasn’t really changed that much from the bad old Mao days. 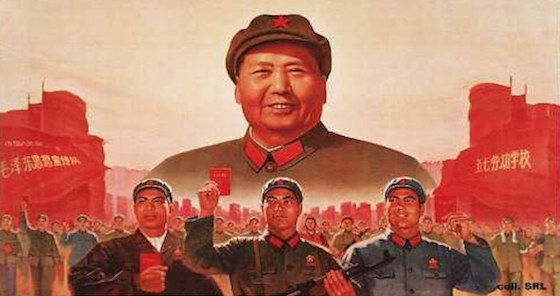 So it’s nice to see Senator Tom Cotton being a stand-up leader, calling on America “to re-evaluate our relationship with China” because of its irresponsibility in reporting the illness and then trying to blame the coronavirus on the United States.

Plus, he’s calling for “consequences” — like bringing home the manufacturing of America’s pharmaceuticals, which the Beijing communists have threatened to withhold from us.

The senator appeared recently with Jesse Watters on Fox News.

JESSE WATTERS: Arkansas Senator Tom Cotton — so senator, you said something very interesting the other day on Twitter, you said that China will pay a price for coronavirus. What did you mean by that?

SENATOR TOM COTTON: Jesse, thanks for having me on, and thanks for those very sensible words about what all Americans should do — remain vigilant, and take prudent precautions in their daily lives while we’re working in the government trying to get this crisis under control.

In the long term though, we have to re-evaluate our relationship with China. If China had been transparent with its own people in the world from the very beginning in early December, we might not have seen this virus spread so widely and so quickly all around the world.

There have to be consequences for that. For instance, China now makes much of our basic pharmaceutical products. That has to change, and it has to change fast. There going to be other consequences as we look ahead towards our relationship in China in the long term as well.

WATTERS: Yeah, China actually threatened to withhold some pharmaceutical ingredients and they said it would plunge America into a “mighty sea of coronavirus.” When you hear that type of talk from people in China, how does that make you feel as a US senator?

COTTON: Well it makes me outraged at the Chinese Communist Party that they are threatening the lives of the American people by withholding basic pharmaceutical products like antibiotics. It also makes me a little angry at our leadership classes over the last 30 years that stood by while we outsourced so many of these critical industries to China.

But that’s water under the bridge: we can look ahead, and we can make a change. We can say that if you’re making these kind of critical products — whether it’s pharmaceuticals or medical devices in China — it’s time to pack up and get out. And if you don’t do it on your terms, then you will do it on our terms.

WATTERS: I would agree with that wholeheartedly. we also have something coming out from the foreign ministry of China, you know they’re saying that “It might be the US Army that put the virus in China.”

They’re not taking responsibility for it originating in the Wuhan province. You know that just looks like propaganda to me, but obviously everybody in the world knows where it started from, and we know the truth.

We’re now seeing people on MSNBC, one guy said it’s it’s gross to call it the Wuhan virus — I don’t even know what that means. His colleagues in the mainstream media all throughout January were calling it the Wuhan virus. Let’s roll some of that tape:

COTTON: Yeah Jesse, anyone who complains that it’s racist or xenophobic to call this virus the “Chinese coronavirus” or the “Wuhan virus” is a politically correct fool, and they ought not to be listened to about anything especially when it comes to how to stop the spread of this virus.

In fact, as you say, the Chinese Communist Party right now is trying to blame this on America. In their Chinese language media at this very moment they are telling their own people this did not come from Wuhan: it came from outside of China, perhaps the United States.

That’s why it’s so important that we not let it let them get away with that kind of propaganda, and we put the fault exactly where it lies which is on the communist leaders in Beijing.

WATTERS: Yeah well we want to work with the Chinese to make sure everybody’s healthy but at the same time we have to tell the truth. Senator, thank you very much.