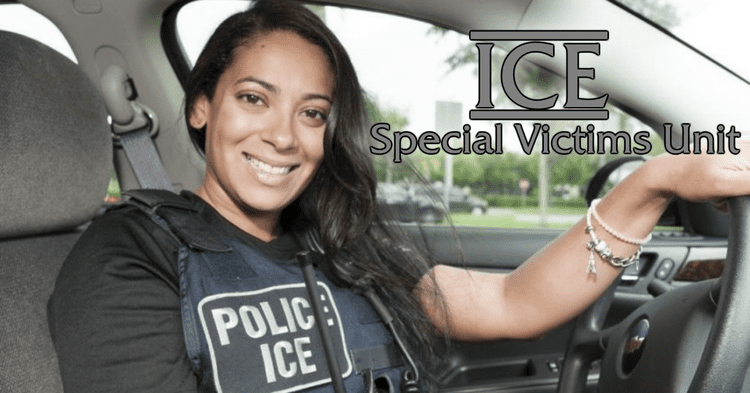 And despite the fact that there are 22 million illegal aliens in the country and the President wants more immigration raids, ICE SVU is still playing Robocop with child molesters. While a crime, this is mainly the responsibility of local law enforcement agencies and the Federal Bureau of Investigation (FBI).

[South Korean National and Hundreds of Others Charged Worldwide in the Takedown of the Largest Darknet Child Pornography Website, Which was Funded by Bitcoin, Press Release, Department of Justice, October 16, 2019]

There we have it, ICE SVU is so proud of their accomplishment in ignoring 22 million illegal aliens to concentrate on indicting an alien outside the United States who has already been convicted of the crime he’s being indicted for and will be serving a sentence for outside the United States.  It is unlikely that for all the millions of dollars spent on this investigation that Son will ever see the inside of an American court room; he’ll be spending many years in a Korean prison.  So, mission accomplished ICE SVU, you got nothing.

Kyle Fox, 26, of the United Kingdom, pleaded guilty to 22 counts including rape, sexual assault, and sharing indecent images, and was sentenced to serve 22 years in prison;

So, despite the claim that ICE SVU was rescuing children, they really didn’t, Scotland Yard did.

Nikolas Bennion Bradshaw, 24, of Bountiful, Utah, was arrested in the State of Utah, and charged with five counts of sexual exploitation of a minor, and was sentenced to time served with 91 days in jail followed by probation;

A drug pipeline into San Francisco’s crime-ridden Tenderloin District, fueled by Honduran nationals who lived in the East Bay, has been busted up by federal agents who have arrested 32 suspects, authorities announced Wednesday.

Chris Nielsen, special agent in charge of the Drug Enforcement Administration in San Francisco, told reporters that an investigation was launched in late 2017 in cooperation with San Francisco and Richmond police and uncovered two independent drug operations stretching from Mexico to Seattle…

Of the drugs coming in from Mexico, Nielsen said, “It’s not clear yet which cartel is involved down there in Culiacan, Mexico, but drugs would come into Southern California, Los Angeles into the Bay Area–they would either go to the Tenderloin or sometimes the drugs would go up to the Pacific Northwest.”

In the Bay Area, the mostly Honduran nationals lived in the East Bay and commuted daily into San Francisco’s Tenderloin District to sell drugs.

Note what is missing from this story about the Feds, ICE SVU and Deep State operatives Tatum King and Ryan Spradlin.  This Honduran drug invasion has happened on King and Spradlin’s watch.  They are doing nothing.  Which is interesting, for both are legacy Customs pukes who one would think would be interested in drug cases, which was a special interest of the former U.S. Customs Service (USCS).  USCS always had a conflict with the Drug Enforcement Agency (DEA) as they both wanted drug cases, as did, at one time, ICE SVU.  But these Customs pukes decided to avoid doing a flagrant and dangerous drug case because they wanted to protect illegal aliens from arrest.

Time to end ICE SVU and get ICE back in the immigration enforcement business.  Perhaps Ken Cuccinelli can do it.