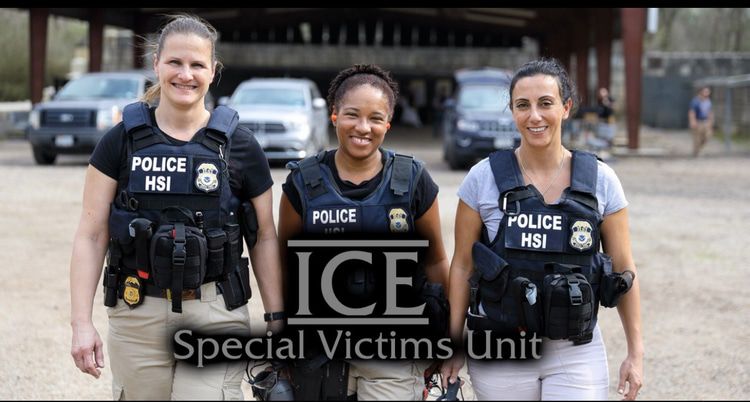 There is no such thing as the sex trafficking of enslaved aliens.  There is no need for Blue Campaign, Homeland Security's expensive anti-trafficking campaign.  There is a problem of alien smuggling, including alien prostitutes, but those aliens are doing the work they signed up to do.  It is all fake. And, more importantly, it is sabotage of President Trump’s immigration enforcement priorities by Customs pukes.

In another case, ICE SVU arrested a madam, but apparently did not arrest the illegal alien prostitutes working for her.  Clearly there is no trafficking of sex slaves as is claimed by ICE SVU’s Blue Campaign.

Women who are living in the United States illegally were used as prostitutes inside a Goose Creek home, according to federal court documents.

A search warrant application and affidavit detail how authorities believe Maria Zavaleta-Perez transported “undocumented aliens” across state lines to her house on Plainfield Avenue to work as sex workers.

The residence is located just a couple hundred feet from Goose Creek High School off of Red Bank Road.

Zavaleta-Perez was arrested and interviewed by authorities the same day. She explained to agents that the prostitutes come from Atlanta, Charlotte, Virginia, Florida, Maryland and New York. Profits from the clients are split 50/50 between the women and her.

“The prostitutes or ‘girls’ charge $30, but sometimes there is an additional charge of $20 for other services which would increase the cost to $50. The extra $20 is kept by the girl who engages in the sexual act. The $30 is for fifteen minutes,” court documents detailed.

The search warrant applications said Perez went by the nickname, “La China,” and explained how she would deliver the prostitute to the location of a caller, or customers could go to her residence for business.

Now this is what alien prostitution really is: Women who don’t want to do an honest day’s work instead do it on their backs.  They weren’t trafficked, they weren’t held against their will, although they were smuggled, but they wanted to be brought here and engage in prostitution.  There's nothing in the story about arrests of the prostitutes.  Was it catch and release?  Were they even arrested?  Nothing.  Why? Because ICE SVU is the Sex Police, not the immigration police.  Time for a change.