As Patrick Cleburne noted, Trump has been extremely right in saying Sweden has horrifying problems with Muslim immigrants. But the MSM seem to think he's imagining things.

Steve Sailer called it Trump's Luck, when during the campaign, Trump would make some kind of remark about immigrants, the MSM would issue crazed denials, and call him a liar, then something like Bataclan or Orlando would happen, and it would be impossible for the MSM to hush up. See Trump’s Luck: Media Finally Discover a Muslim in America Who Did Celebrate 9/11: Omar Mateen

Meanwhile, Rioting Breaks Out In Sweden (by Tyler Durden, February 20 2017)

It would appear the mainstream media (along with several celebrities and Swedish politicians) is going to be apologizing to President Trump once again.

Having spent the entire new cycle trying to ignore the immigrant crisis facing Sweden, and pin the ignorant tail on Trump, both Dagbladet and Expressen reports riots breaking out in the highly immigrant concentrated Stockholdm borough of Rinkeby, Sweden with police firing warning shots as 100s of young people throw stones and burn cars.

During the evening hundreds of young people gathered in the center of Rinkeby, well known for its high concentration of immigrants and people with immigrant ancestry. 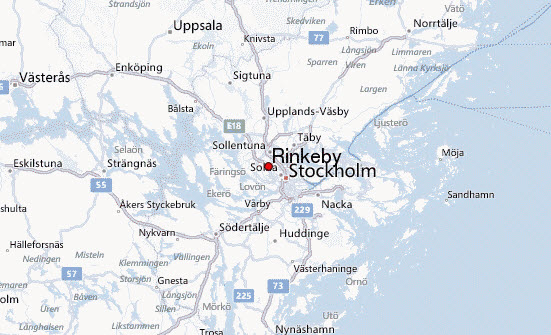 In June 2010, Rinkeby was the scene of riots and attacks against the local police station and Rinkeby is the region in which the '60 Minutes' crew were attacked in 2016. [More]

One correction—it would be better to say "mainstream media (along with several celebrities and Swedish politicians)" are going to be owing Donald Trump an apology. These people have no shame. 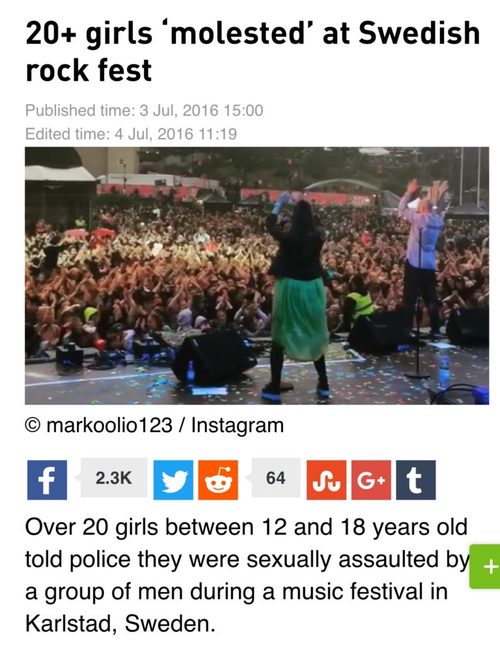 Note that in the graphic above, "20+" is the number of Swedish female victims of immigrant molestation—the ages of the victims were twelve to eighteen.