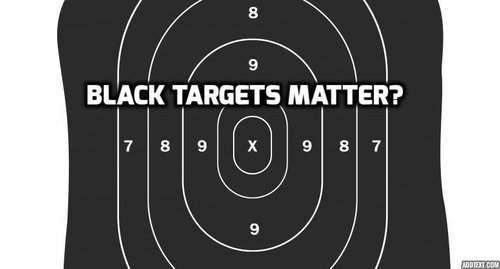 PJ Media's Liz Sheld, a young woman who knows something about guns and gun rights, reports on the latest "Black Lives Matter" idiocy:

New Campaign Seeks to End Use of Black Targets at Gun Ranges, By Liz Sheld February 20, 2017

A new campaign has launched seeking to end the use of black targets at gun ranges. If you've ever visited the gun range, you know there are an array of targets you can select and purchase while you practice your marksmanship. I have an old Osama bin Laden target riddled with bullet holes on my refrigerator.  A few months ago I selected a cartoon scene of a barn with various animals (don't shoot the animals!) for my practice.

And there is the standard silhouette target. It looks like this: 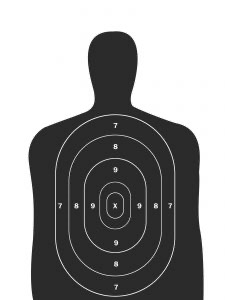 According to the campaign, the black target leads to trigger bias.

Young black men are 3X more likely to be shot by trained shooters than their white peers. A disturbing potential correlation: The most popular target for shooters to learn to use their firearm is a black silhouette. Unconscious bias can be deadly."

There is even an academic study to "back it up."

An academic study published by University of Illinois researchers drew together findings from 42 different studies on trigger bias to examine whether race affects how likely a target is to be shot.

"What we found is that it does," Mekawi told NPR's Arun Rath, who covered the story.

The FBI's Table 41 Law Enforcement Officers Feloniously Killed has the figures.  It gives "Race and Sex of Known Offender"—only 18 of 543 cop-killers were women, about 3.3 percent.

This particular campaign is really stupid, and the "science" behind it is more bogus than usual.

You'll note that they're talking about targets that are just colored black because they're printed in ink on a page, not the realistic targets that, if they depict the wrong race, have been complained about for years, like this guy: 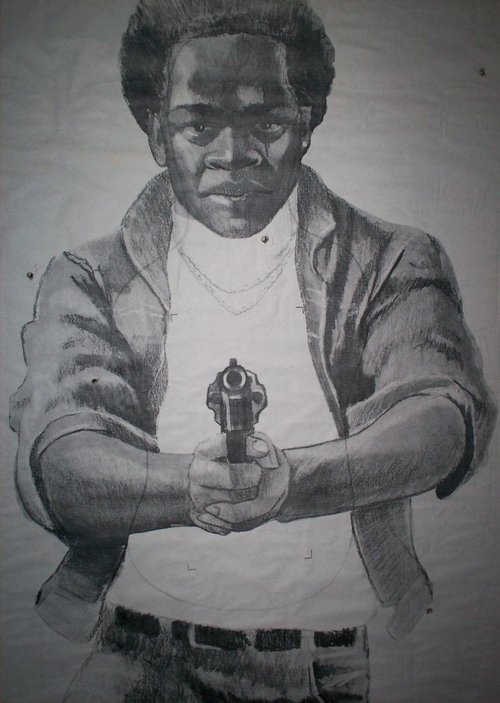 Back in the '70s, cops were accused of training to assassinate blacks with that kind of realistic target. This old school target used by the FBI is raceless, but wearing a suit. (The FBI deals with more suit-wearing criminals than most urban departments.) 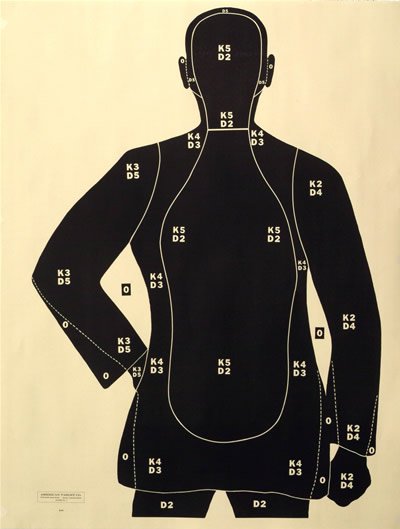 This 50's relic depicts a white thug, possibly Irish or Italian—possibly not. 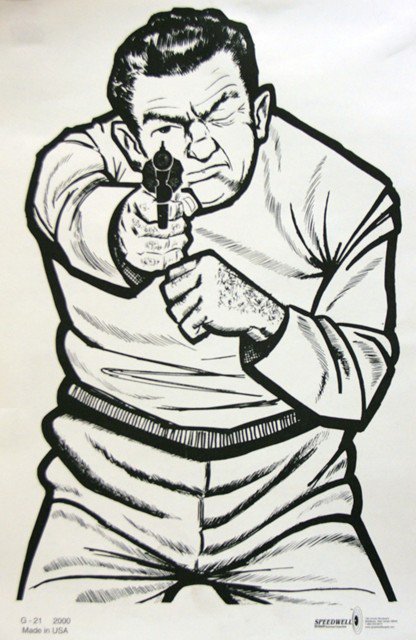 This one is orange, and has three heads. 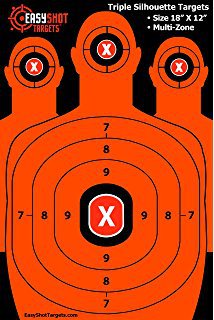 This Zombie target is pure white—probably a Caucasian when alive, though. 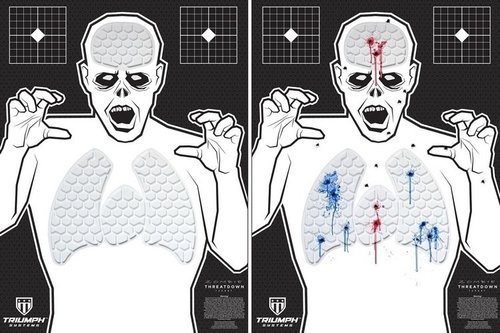 And finally, this is a Swedish Moose: 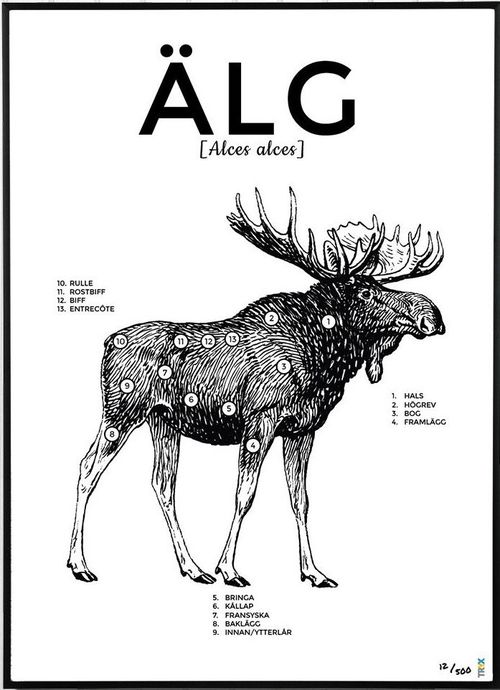 It's depicted in black, although it's sort of brownish in real life. (The diagram doesn't show you where to shoot it—I suggest the triangle formed by 1,2, and3—but what you'll get when you cut it into steaks and chops. )

I have it on good authority that most firearms training can be conducted as well or better on plain old bulls-eye targets.Almost all of them have black target rings.

But this is what the #NoMoreBlackTargets campaign wants: 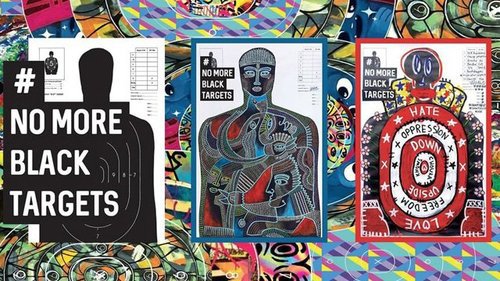 They have an online tool to make those, but I downloaded the underlying mask that the colors go on, and it's unsurprisingly white. (The color of paper, before you print scoring rings on it.) This is what I made: 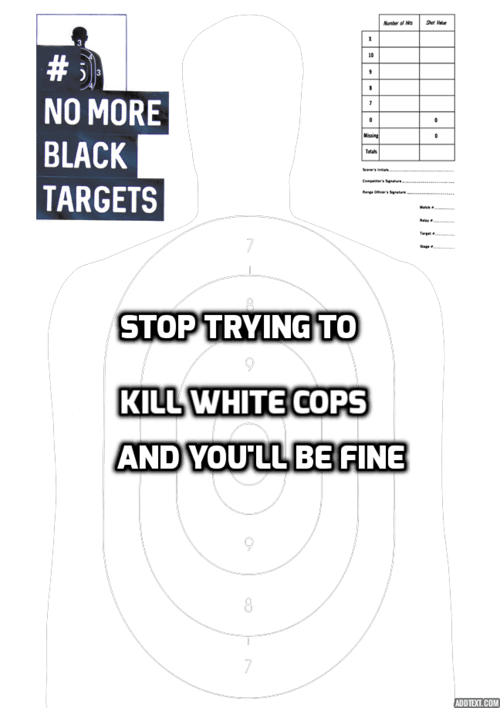