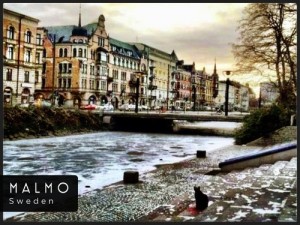 Ongoing violence has caused a school in Sweden’s third largest city of Malmo to be shut by safety officers of the teachers’ union.

The location of the school is in the suburb of Rosengaard which has experienced white flight beginning in the ’70s and may by now be majority “immigrant” — meaning Muslim.

[. . . .] Massive immigration has made Malmö today one quarter Muslim, and stands to transform it into a Muslim majority city within just a few decades. One of the most popular baby names is not Sven, but Mohammed. Pork has been taken off some school menus. Want to learn to drive? You can attend Malmö’s own “Jihad Driving School.”

But despite Malmö’s usually placid appearance, this experiment in multiculturalism has not gone well. In the Rosengaard section of Malmö, a housing project made up primarily of immigrants, fire and emergency workers will no longer enter without police protection.

Unemployment in Rosengaard is reported to be 70 percent. An immigrant-fueled crime wave affects one of every three Malmö families each year. The number of rapes has tripled in 20 years. [. . .]

Here’s the video version of the report, which stands up well for being six years old:

Today’s report from The Local is too politically correct to name the source of the violence in the school, but it can be safely assumed to be the Muslim students.

Muslim immigration is a bad mistake for any first world nation. America should end it immediately.

A secondary school in Malmö has been closed after the teachers’ union declared that it is too dangerous a place for students and teachers to attend due to widespread violence and criminality.

Violence, threats and visits from adult criminals eventually became too much for the teachers’ unions at Varner Rydén School in the Malmö suburb of Rosengård, whose safety officers have now closed the premises.

“Violence, threats and verbal abuse. There has also been trouble with students from other schools,” said Hans Nilsson at the City of Malmö to news agency TT.

The responsibility now lies with the teachers’ employer, the City of Malmö, as the school closure can only be waived by the Swedish Work Environment Authority (Arbetsmiljöverket).

The students at the school have been notified of the closure. But it is not yet clear where they will be placed.

“Fighting among the students means that security can’t be guaranteed,” said Catharina Niwhede at the National Union of Teachers in Malmö to the local Sydsvenskan daily.

The current dire situation has developed since the closure of nearby Örtagård School last autumn. Many of the school’s students were relocated to Varner Rydén, bringing conflicts with them.

Hans Nilsson said that representatives of the school administration have tried to sort out the situation together with the principal and staff, but the situation has deteriorated to such an extent that a closure remained the only option.

“Some groups of students spread so much trouble that teachers can’t handle it,” Nilsson said.

The City of Malmö will now hire a security firm in order to make the school environment safer. Teaching staff will also be given help with security and conflict management.

Hans Nilsson also said that some students may be suspended from school, or transferred to other schools.