How Epstein Was Able To Suicide: Smarter, More Committed Than The Guards

Supposing we assume that Jeffrey Epstein killed himself, which seems most likely. (Really!) That doesn't mean you're wrong to be suspicious, but that's the most likely answer.

So how could he get away with it? Wasn't he supposed to be on suicide watch? Well, he was probably smarter and more manipulative than the guards, capable of lying about a previous attempt,  saying it was an attack, and getting himself taken off suicide watch. 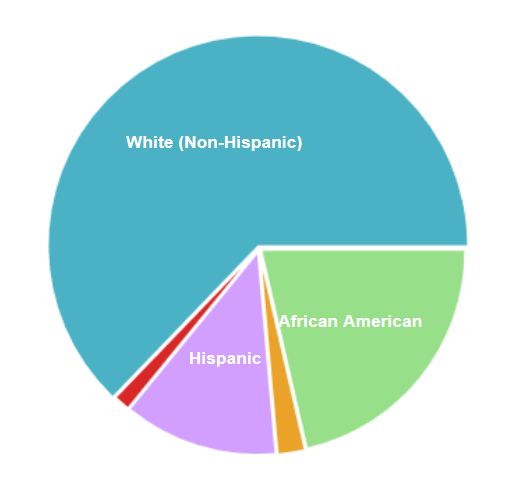 A great many Bureau of Prison guards are minorities, especially in the New York area (see chart at right, or photograph above) but even the white guards aren't as bright as a billionaire financial operator. What that means is he could easily be better at killing himself than the guards were at stopping him.

In this particular case, we have reports that the guards supposed to be checking on him were actually asleep:

The guards did not check on him for three hours, officials said. The disclosures came as the guards and the warden at the jail were removed, by Katie Benner and Danielle Ivory, New York Times, August 13, 2019

The warden who's been removed (transferred to Philadelphia, pending investigations) is called Lamine N’Diaye, which is a Senegalese name, suggesting that the warden is an African immigrant.

Given that the entire Federal Civil Service is a collection of Affirmative Action cases, it's not surprising things like this happen.