His Name Was Alexander Wroblewski: Another White Bartender in 70 % Black Baltimore Murdered by Blacks

Previously by Paul Kersey: His Name is Sebastian Dvorak: Popular White Bartender Murdered by Black Male in 70% Black Baltimore
Remember Robert Ponsi? He was a server at James Joyce Pub in Baltimore. He was fatally stabbed by a group of black males in January of 2016. One of the black males who participated in the execution of Ponsi was the son a community activist. 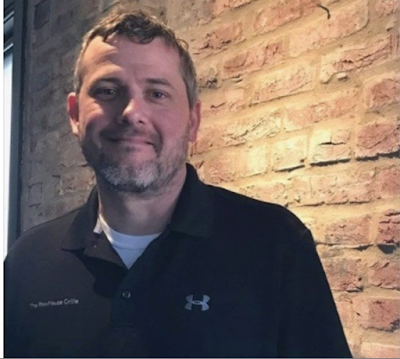 Alexander Wroblewski, another member of the white working class in 70 percent black Baltimore murdered by blacks

Remember Kimberly Leto? She was a bartender at O'Donnell's Pub in Baltimore. She was murdered by two black males in 2014. One of the black males who murdered her was the son of a police dispatcher.

The white working class in 70 percent black Baltimore has no community to support them, nor advocacy group to promote their interests.

It was a world-class city then; now, it's nothing more than another Mogadishu in the making.

So, who is the next member of the white-working class to pay the Eloi tax in 70 percent black Baltimore?

A man is dead after he was shot in the stomach outside a Royal Farms Store near the new Anthem House apartment complex in Locust Point, police say.

Police say Alexander Wroblewski was buying a late night snack of milk and cookies after work, and that he paid for it with a large denomination bill. They say the persons of interest held the door for him as he left the store.

Our media partners at The Baltimore Sun report that Wroblewski recently told co-workers, amid a recent rash of crime, that if he was targeted he wouldn’t go down without a fight.

It was around 1:15 a.m. when officers responded to the 400 block of Lawrence Street. Upon arrival, officers found the 41-year-old suffering from a gunshot wound. He was transported to Shock Trauma where he died.

Police say the suspects left the scene in a car, a silver Chevy Cruze.

WJZ Investigator Mike Hellgren spoke with a friend of the victim Tuesday afternoon.

This is an area where some residents say they’ve been living in fear due to a recent spike in violent crime. Several vicious attacks have been reported nearby. Davis and other city leaders held a crime walk there just last week.

Homicide detectives are investigating the murder.

Alexander Wroblewski was a bartender at The Rowhouse Grille, and a life long resident of Baltimore. He was a white man who tried to fight off his black attackers that ultimately took his life:

Amid a rash of crimes in South Baltimore, Alexander Wrobleski recently told co-workers that if he was targeted, he wouldn’t go down without a fight.

On Tuesday morning, Wrobleski stared down a robber’s handgun and resisted — and lost his life.

“He was a very kind, kind soul,” Mosley said. “He was full of integrity.”

Mosley said during a recent discussion about crimes that have been taking place in the neighborhood, Wrobleski told others that he “would go down fighting” if attacked.

At some point in the not too distant future, the wrong white man is going to be the attempted victim of a mugging/robbery by black suspects.

The outcome will be far, far different than the terrible fate forced integration had for Alexander Wroblewski.

In a city where black on white murder (crime) happens far, far to frequently, one gets a glimpse of what life will be like for the coming white minority all across America.

No organizations to advocate for the rights of white people to exist as a distinct people, because it's not okay to be white in Baltimore.

All you get in death is a few tears and shock from friends who knew you in life and mourn your tragic loss at the hands of the racial group The Baltimore Sun spends every published word defending as some great asset When in reality they represent the greatest liability to Baltimore's future.